Blurb
The panoramic Star Trek 2018 Wall Calendar: Ships of the Line opens horizontally to maximize the detail and drama of each stunning piece of art.

The 2018 edition of this fan-favorite calendar is dedicated to showcasing spectacular images of the most famous vessels from the iconic franchise in a variety of iconic scenes and settings.

This was the sixth outing in the Ships of the Line calendar series that saw an internationally released variant edition by Danilo Promotions Limited for the UK and the Commonwealth. As with the previous outing, it was a reprint of the one year prior US 2017 edition, with the same contents, though, again, there were some slight editorial differences, the lack of the centerfold in particular. 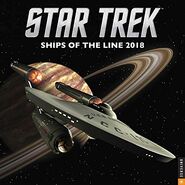 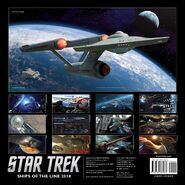 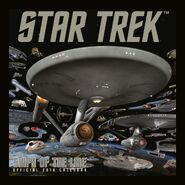 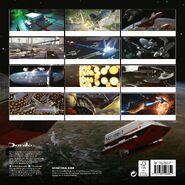 June spread, UK edition
Add an image to this gallery

Retrieved from "https://memory-alpha.fandom.com/wiki/Star_Trek:_Ships_of_the_Line_(2018)?oldid=2425002"
Community content is available under CC-BY-NC unless otherwise noted.