Star Trek: Strange New Worlds is an upcoming Star Trek series that was announced on 15 May 2020. It will be produced by CBS Studios and will star Anson Mount as Christopher Pike, Ethan Peck as Spock, and Rebecca Romijn as Una.

The official announcement stated that "the series will follow Captain Pike, Science Officer Spock, and Number One in the decade before Captain Kirk boarded the USS Enterprise, as they explore new worlds around the galaxy." [1]

Executive Producer and Co-creator Akiva Goldsman told Variety, "We’re going to try to harken back to some classical ‘Trek’ values, to be optimistic, and to be more episodic. Obviously, we will take advantage of the serialized nature of character and story building. But I think our plots will be more closed-ended than you’ve seen in either Discovery or Picard. … I imagine it to be closer to The Original Series than even DS9. We can really tell closed-ended stories. We can find ourselves in episodes that are tonally of a piece." [2]

When talking to Deadline on 16 August 2020 Co-executive Producer Alex Kurtzman elaborated, "I think Strange New Worlds, under the guidance of [showrunners] Henry Myers and Akiva Goldsman, it’s going to be a return in a way to TOS [Star Trek: The Original Series]. We are going to do stand-alone episodes. There will be emotional serialization. There will be two-parters. There will be larger plot arcs. But it really is back to the model of alien-of-the-week, planet-of-the-week, challenge-on-the-ship-of-the-week. With these characters pre-Kirk’s Enterprise... I think what people responded so much to in all three characters is this kind of relentless optimism that they have. And that they are at the young phase of their careers. [3]

When the news of showrunner Alex Kurtzman's five-year Star Trek development deal with CBS All Access was announced on 19 June 2018, a show dealing with Pike, Spock and the USS Enterprise was not considered for inclusion in any Star Trek line-up. [10] Stronger still, Kurtzman's producer colleague Akiva Goldsman was adamant in his assertion that their vision of the Star Trek universe was theirs and theirs alone – explaining some of the production design choices made for Discovery – when he made the claim shortly after the debut of Discovery that "Discovery viewers will never see Spock," and that any direct reference to The Original Series would be avoided, [11] which became ironic after he had been appointed Strange New Worlds co-showrunner some two years later.

Unfortunately for Kurtzman and his team, Discovery's first season fell far short of the high expectations CBS had for the new Star Trek production, and then some, as it also caused a very sharp fifty-fifty fanbase divide – conceded as such by Kurtzman himself [12] – , the critical ones having had issues with the series for what they themselves perceived as canon/(Roddenberry) philosophy/(visual) continuity violations, which resulted in a bitter and vitriolic fan discourse on a plethora of social media. (see: main article) In order to remedy the situation and in an effort to win back hearts and minds of the fans they had lost, Kurtzman and his team reconsidered their initial stance regarding The Original Series, with the advent of Pike's ship as a cliffhanger in the season one finale, and with Spock and Pike going on to take near center-stage in season two. In a 17 June 2019 Deadline podcast, Kurtzman himself justified the change of direction as follows, "I can definitely start by saying that I have, and this isn't just lip service, I actually...the fan's point of view has become necessary for me, because the fans have kept Trek alive for fifty-three years. And the internet has now made it possible for me in real time to know how people are receiving our choices and as you're writing you can suddenly course-correct you know." [13] In this, Kurtzman – who reiterated his stance almost ad verbatim one year later to Space.com [14] – sided with the critical fans. In a brazen instance of spin doctoring, Kurtzman had actually implied at the end of season one that the introduction of The Original Series characters had from the very start been part of his "master plan" all along, when he stated in AT: "Will You Take My Hand?" that, "(...)the whole season was reverse-engineered knowing really at the beginning where we wanted to end," [15] contridicting his own, later made "course-correct" statement.

Even though the producers had bowed in to the fans' concerns about the series, fans remained sharply divided in their opinions of the series proper as not only evidenced by the continued low viewer ratings and Kurtzman's concession, but also by the impromptu polls organized on several Star Trek (fan) websites, among others those on the reference website Ex Astris Scientia. However, fans were by and large unanimous in their praise for The Original Series characters' introduction, Anson Mount's Christopher Pike in particular, which infused the series with some, what they deemed, much needed Star Trek spirit, in no small measure due to the way Mount played the role. Mount's Christopher Pike was so well received that at least two separate online fan petitions were organized for his very own Star Trek series, with several petition signers in their motivations to do so, preferring it to become a replacement for Discovery altogether. [16] [17]

In the wake of the December 2019 "reunification" of the Star Trek film, and television franchises, reports started to surface that this option had indeed come under consideration with both CBS All Access Head of Original Content Julie McNamara and showrunner Kurtzman on record stating that "fans have been heard", though concurrently stressing that if it came to pass, as an addition to the Star Trek line-up (at the time already consisting of three more series, beyond Discovery, Short Treks, and Picard alone), and not as a replacement. [18] [19] [20]

Initially, the producers intended the introduction of The Original Series characters to be a temporary one, as they were signed for season two only. [21] [22] It prompted Anson Mount to quip with a "#WillActForFood" hashtag on his Twitter account, making it known that he and fellow Spock performer Ethan Peck were on the job market again shortly after live-action production on season two had wrapped. [23] It solicited a fan outpouring in support for his own series instead of Discovery, which provided the spark for the online petitions in the first place, [24] as a happy aside not something Mount was likely and intentionally after when he made the humorous posting on his account – even though he was by then well aware of the favorable reception of his character (reiterating how "humbled and deeply touched by this amount of love" he was on his 14 April 2019 Facebook entry [25] [26]) as the season had already premiered when he made his posting on 27 January 2019. He and Peck subsequently did reprise their roles in three late 2019 season two episodes of Star Trek: Short Treks (as did Rebecca Romijn), all three of them taking place outside the Discovery framework, and therefore arguably conceived as preambles for a potential "Christopher Pike" series.

The formal May 2020 CBS announcement of Strange New Worlds, came in the form of a video message recorded by Mount, Peck, and Romijn uploaded to social media channels, all three of them expressing their gratitude for the fan support. Aside from emphatically restating his April 2019 Facebook posting, Mount additionally stated that they were going to get "(...)to work on a classic Star Trek show, that deals with optimism and the future," indirectly referring to the perceived Roddenberry-philosophy violations in Discovery, critical fans had put forward. An elated Julie McNamara added in writing, "This new series will be a perfect complement to the franchise, bringing a whole new perspective and series of adventures to Star Trek," [27] not realizing that her socalled "new perspective" was by the time of her statement already fifty-four years old.

In August 2020, Executive Producer Alex Kurtzman said that the writers’ room for Strange New Worlds was meeting virtually during the COVID-19 pandemic, and that he expected the show to begin filming in 2021. [28]

StarTrek.com announced on 12 March 2021 that actual production of Strange New Worlds had begun. As with the Discovery show that had spawned it, the new show would be entirely produced in Toronto, Canada. [29] Additionally, the hiring of cast members Olusanmokun, Chong, Rose Gooding, Bush, and Navia was revealed. Also revealed was the circumstance that the script, written by Executive Producer and Co-showrunner Akiva Goldsman, was completed for the series' pilot episode, based off a story written by Goldsman (who was also the designated director for the episode), Alex Kurtzman, and Jenny Lume. [30]

In March 2021, Eaglemoss/Hero Collector's Star Trek Universe: The Official Starships Collection premiered at retail. A new starship miniatures partwork and product line, it features Strange New Worlds starships, combined with ships from Star Trek: Discovery (after the release of issue 33 of the DIS partwork) and Star Trek: Picard. The line's manager indicated that CGI assets of SNW's starships had not yet been received from the show's producers, as of February 2021, which was not that surprising as actual production on the new series had yet to start at that point in time. [31] Replicas of Pike's USS Enterprise (as seen in DIS) have previously been produced by the company. 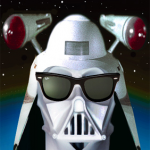 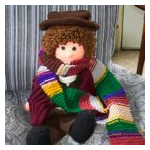