Much of the content for early issues of Star Trek: The Magazine was reorganized from market-testing issues, such as test issue 3. 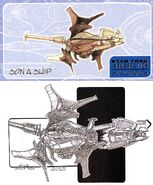 p. 51
Add an image to this gallery

Retrieved from "https://memory-alpha.fandom.com/wiki/Star_Trek:_The_Magazine_Volume_1,_Issue_3?oldid=2723986"
Community content is available under CC-BY-NC unless otherwise noted.