Star Trek: The Next Generation, often abbreviated to TNG, is the second live-action Star Trek television series, and the first set in the 24th century. Like its predecessors, it was created by Gene Roddenberry. Produced at Paramount Pictures, it aired in first-run syndication, by Paramount Television in the US, from September 1987 to May 1994. The series led to four spin-offs set in the same time period: Star Trek: Deep Space Nine, which it ran alongside during its final two seasons, Star Trek: Voyager, Star Trek: Lower Decks and Star Trek: Picard. It is also the beginning of a contiguous period of time during which there was always at least one Star Trek series in production, ending with Star Trek: Enterprise in 2005.

Star Trek: The Next Generation moved the universe forward roughly a century past the days of James T. Kirk and Spock. The series depicted a new age in which the Klingons were allies of the Federation, though the Romulans remained adversaries. New threats included the Ferengi (although they were later used more for comic relief), the Cardassians, and the Borg. While Star Trek: The Original Series was clearly made in the 1960s, the first two seasons of The Next Generation show all the markings of a 1980s product, complete with Spandex uniforms.

As with the original Star Trek, TNG was still very much about exploration, "boldly going where no one has gone before". Similarly, the plots captured the adventures of the crew of a starship, namely the USS Enterprise-D. Despite the apparent similarities with the original series, the creators of TNG were adamant about creating a bold, independent vision of the future. The public did not widely accept the show on its own terms until the airing of "The Best of Both Worlds", which marked a shift towards higher drama, serious plot lines, and a less episodic nature. This helped pave the way for Star Trek: Deep Space Nine and its two-year-long Dominion War arc and preceding build-up, as well as the third and fourth seasons of Star Trek: Enterprise. Star Trek: Voyager capitalized on the heightened crew relationships and familial bonds first seen on The Next Generation. DS9, on the other hand, balanced political intrigue, character development, and series-long plot threads with a rerun-friendly format.

As with the original Star Trek, TNG's special effects utilized miniatures, but due to great advancements in computerized effects and opticals, the show leaped ahead of its predecessor in terms of quality effects. This series marked the greatest surge in Star Trek's mainstream popularity, and paved the way for the later televised Trek shows.

Four of the Star Trek motion pictures continued the adventures of the TNG cast after the end of the series in 1994. Star Trek Generations served to "pass the torch" from The Original Series cast, who had been the subject of the first six motion pictures, by including crossover appearances from William Shatner, James Doohan, and Walter Koenig; it also featured the destruction of the USS Enterprise-D. Star Trek: First Contact, released two years later, was the first of the motion pictures to solely feature the TNG cast, transferred aboard the new USS Enterprise-E and engaging with one of their deadliest enemies from the television series, the Borg. Star Trek: Insurrection followed in 1998, continuing certain character arcs from the series. In 2002, Star Trek Nemesis brought some of these character arcs and plot threads to a seemingly definite conclusion, although some cast members expressed hope that future movies would yet pick up the story. Regardless, a new generation of actors appeared in 2009's Star Trek, which created an alternate reality and returned the films' focus to Kirk and Spock.

Star Trek: The Next Generation was originally pitched to the then-fledgling Fox Network. However, they couldn't guarantee an initial order greater than thirteen episodes, not enough to make the enormous start-up costs of the series worth the expense. It was then decided to sell the series to the first-run syndication market. The show's syndicated launch was overseen by Paramount Television president Mel Harris, a pioneer in the syndicated television market. Many of the stations that carried The Next Generation had also run The Original Series for a long time.

Star Trek: The Next Generation was billed initially as being set 78 years after the days of the original USS Enterprise. [1] (p. 16) However, after the series' first season was established as being set in the year 2364, this reference became obsolete as dates were then able to be set for the original series and the four previous films. When this happened, it was established that the events of the original series were about a hundred years before the events of TNG. With TNG's first season being set in 2364, 78 years prior would have been 2286. Star Trek IV: The Voyage Home partly takes place during this year along with the shakedown cruise of the USS Enterprise-A.

On the special The Star Trek Saga: From One Generation To The Next, Gene Roddenberry commented, "On the original Star Trek, I practically lost my family from working so many twelve-hour days, fourteen-hour days, seven days a week, and I told them, 'You can't pay me enough to do that.' But then they said, 'Hey, but suppose we do it in a way in which' they call syndication, 'in which we don't have a network and we don't have all those people up there?' And Paramount was saying to me, 'And we guarantee that you will be in charge of the show.'"

Andrew Probert was first hired by Roddenberry in 1978. However, not until 1986, when Roddenberry was preparing to launch a new show, entitled Star Trek: The Next Generation, did he call upon Probert to take a lead design role. Everything had to be rethought, imagined, planned and redesigned. As the vision evolved in the designers' minds, the evolution was charted in successive sketches and paintings.

Among Probert's creations, in addition to the new Enterprise starship and many of its interiors including the main bridge, are many other featured spacecraft. The Ferengi cruiser, and even the Ferengi species, are Probert designs.

Roddenberry originally insisted on doing a one-hour pilot and assigned D.C. Fontana to write the episode, first titled Meeting at Farpoint. However, the studio was keen on having a two-hour pilot, mainly because they wanted something big and spectacular to launch the series, especially considering first-run syndication. Roddenberry himself volunteered to extend Fontana's script to two hours, eventually adding the Q storyline to it.

Ronald D. Moore commented, "Gene did not want conflict between the regular characters on TNG. This began to hamstring the series and led to many, many problems. To put it bluntly, this wasn't a very good idea. But rather than jettison it completely, we tried to remain true to the spirit of a better future where the conflicts between our characters did not show them to be petty or selfish or simply an extension of 20th century mores." (AOL chat, 1997) Rick Berman explained, "The problem with Star Trek: The Next Generation is Gene created a group of characters that he purposely chose not to allow conflict between. Starfleet officers cannot be in conflict, thus its murderous to write these shows because there is no good drama without conflict, and the conflict has to come from outside the group." (Captains' Logs Supplemental - The Unauthorized Guide to the New Trek Voyages, p. 8)

Roddenberry tried to recruit many production staff members from The Original Series to work on the new series. These included producers Robert Justman and Edward K. Milkis, writers D.C. Fontana and David Gerrold (who served as the main creative force behind the formation of the series), costume designer William Ware Theiss, assistant director Charles Washburn, composer Fred Steiner, set decorator John M. Dwyer, and writer John D.F. Black. Roddenberry also tried to bring back cinematographer Jerry Finnerman, but he declined the offer, being busy working on Moonlighting at the time. However, all of the above people finished working on the series after or during the first season.

After several months of speculation and partial confirmation, StarTrek.com announced on 28 September 2011 (the 24th anniversary of the series premiere) that The Next Generation would be remastered in 1080p high-definition for release on Blu-ray Disc and eventual syndication, starting in 2012. The seventh and final season was released on Blu-ray in December 2014.

The following people worked on The Next Generation; it is unknown during which season or on which episodes. 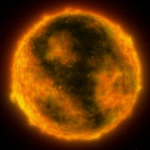 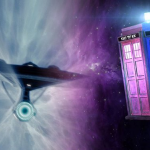