Star Trek: Voyager – Inside the New Adventure was a special documentary, running for 50 minutes, produced by Beck-Ola Production for broadcasting by UPN on 9 January 1995, the week prior to the premiere of Star Trek: Voyager. Hosted by Robert Picardo, the program went behind the scenes at the making of the pilot episode, "Caretaker", as well as the creation of the series itself. Segments included interviews with the cast and crew, as well as a "day-in-the-life" feature following Ethan Phillips during the filming.

The hosting segments with Robert Picardo were filmed on Tuesday 13 December 1994 on the permanent sets on Paramount Stage 8 and 9, including the main bridge, mess hall, engineering, and sickbay. Simultanously, the main production shot the second day of re-shoots for the pilot episode "Caretaker" on Paramount Stage 16 and 18 on this day.

On the call sheet, it is noted that the Beck-Ola shoot started at 7:30 am. Robert Picardo had a makeup call at 8:00 am and a set call at 8:45 am. Michael DeMeritt worked as Second Assistant Director on this special and was replaced during the filming of "Caretaker" by Daren Sherman as 2nd Assistant Director. Patrick J. Vitolla worked as Extra Grip, Richard Chronister as Special Effects Artist, Scott McKnight as Lamp Operator, and Ben Betts as Video Operator, as noted on the call sheet.

In order of appearance: 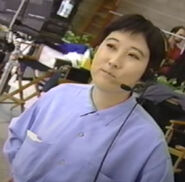 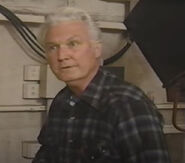 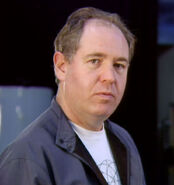 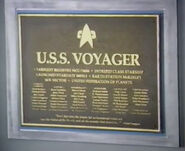 The documentary was originally going to be released in the UK in 1995 as part of a Collectors Edition set with VOY: "Caretaker" but it was first delayed and then canceled. A release did eventually substantiate in Germany 6 years later in 2001 when it was released as part of the 35 Jahre Star Trek boxset.