Originally, Star Trek was a product of Desilu Studios as created by Gene Roddenberry in a first draft series proposal "Star Trek is...", dated 11 March 1964.

Beginning with a single pilot episode, "The Cage", filmed in 1964, Star Trek was not placed on the schedule of the NBC network until a second pilot episode, "Where No Man Has Gone Before", was produced in 1965.

Star Trek officially went into production on April 21, 1966 and ran for three seasons until it was canceled in 1969. Four years later, the series returned to NBC as a Saturday morning animated series which ran from 1973 to 1974.

No new production of Star Trek took place until 1979, when Star Trek: The Motion Picture took the franchise into feature films, which have continued to be produced periodically since. Star Trek did not return to television until 1987 with the debut of Star Trek: The Next Generation.

Following three more spin-off productions, the 2005–2006 TV season was the first since 1987 without a new Star Trek series being broadcast, though all series remain in syndication.

As a result of a 2005 split between the former Viacom and CBS, Star Trek television productions fell under the umbrella of CBS Studios. During this period, films continued to be produced and distributed by Paramount Pictures under a licensing agreement. A thirteenth film was released in 2016. CBS and Viacom were reunited and merged under the name ViacomCBS in late 2019, reuniting the film and television branches of Star Trek. In 2022 ViacomCBS rebranded itself as Paramount Global, or simply Paramount.

"Star Trek was an attempt to say that humanity will reach maturity and wisdom on the day that it begins not just to tolerate, but take a special delight in differences in ideas and differences in life forms."

"We believed that the often ridiculed mass audience is sick of this world's petty nationalism and all its old ways and old hatreds... and that people are not only willing but anxious to think beyond those petty beliefs that have for so long have kept mankind divided."

The stories in Star Trek mostly revolve around the experiences and adventures of the Humans and aliens who serve under Starfleet Command, the space-borne peacekeeping, exploratory, and humanitarian armada of the United Federation of Planets.

Many of the conflicts and political dimensions of Star Trek are allegories of contemporary cultural realities. Star Trek: The Original Series addressed social-political issues of the 1960s, just as later spin-offs have confronted issues of their respective decades. [1] Issues depicted in the various series include war and peace, personal loyalty, authoritarianism, imperialism, economics, racism, religion, human rights, sexism, and the role of technology.[2]

Roddenberry intended the show to have a progressive political agenda reflective of the emerging counter-culture and the civil rights movement of the 1960s,[3] though he was not fully forthcoming to the networks about this. He wanted Star Trek to show a future of what humanity might evolve to become, if it would learn from the lessons of the past, most specifically by ending violence. An extreme example is the alien race known as the Vulcans, who suffered a violent history but learned to finally achieve peace by suppressing their emotions and by adopting the guiding principles of logic. Roddenberry also placed great emphasis on an anti-war message in Star Trek, depicting the United Federation of Planets, a vast interstellar alliance founded on the enlightened principles of liberty, equality, justice, progress, and peaceful co-existence, as an idealistic version of the United Nations.[4](X) His efforts were opposed by the network because of concerns over marketability; as they opposed Roddenberry's insistence that the USS Enterprise have a racially diverse crew.

The Next Generation films

Star Trek has been aired around the world throughout its run of television and film series. Most often, it has been dubbed into the native language of the larger population countries in question, while other, smaller population countries subtitled the productions and kept the original language tracks. During this time, the titles, characters, and so forth have been changed as they move from language to language.

Variations of the Star Trek title

note: the foreign language representations of the title all mean "Star Trek", unless otherwise noted

As a somewhat generic rule of thumb, it can be surmised that the more substantial variations of the Star Trek title are usually employed in those territories where the productions are dubbed in the native language – typically the large language countries with Italian and French (somewhat surprisingly, as France in particular vigorously combats the use of anglicisms in its language at every level of its society) being notable exceptions insofar the title is concerned – , whereas the English expression remains commonly unaltered – whether literally translated/transcribed in the local language/script or not – for the smaller language countries using subtitles for the retained English language tracks. Notable is that Brazil employs the dubbed format, whereas mother country Portugal employs the subtitle format. 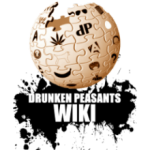