An extra disc, exclusive to the stores Target (in the US), Sainsbury's (in the UK), and the Dutch/German Saturn stores (which incidentally, was not a 3-disc, but a more efficient 2-disc steelbook exclusive, containing everything [1]), included the additional following special features:

While the preceding two alternate reality films had in the form of their 2014 Star Trek: The Compendium release pursuant the second "VAM controversy", no "VAM controversy" has followed in the wake of the Beyond release, and as a result no complete home video version of this film was released until July 2019, when the Star Trek Trilogy: The Kelvin Timeline 4K Ultra HD Blu-ray saw the light of day.

An "enhanced commentary", similar to the one produced for the Star Trek Into Darkness Blu-ray, was exclusively available at ITunes Store, and could be accessed by redeeming the digital code included in the two retailer exclusive sets, but not the regular one. [2] Unlike the Into Darkness one though, it was not physically included on any of the subsequent home video format releases, including the 2019 4K UHD one. 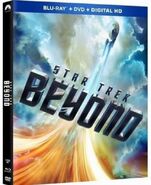 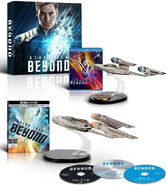 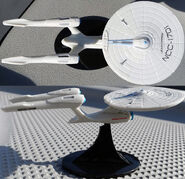 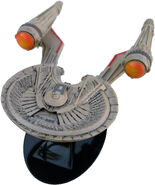