Star Trek Beyond™, the 13th Star Trek™ feature film, is scheduled to beam into theaters in July, 2016. 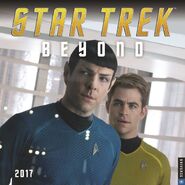 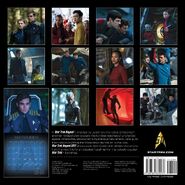 December
Add an image to this gallery

Retrieved from "https://memory-alpha.fandom.com/wiki/Star_Trek_Beyond_Calendar_(2017)?oldid=2425009"
Community content is available under CC-BY-NC unless otherwise noted.