ISBN 0671796119 (first edition)
ISBN 3893654437 (first edition, German)
ISBN 0671536109 (second edition)
The Star Trek Chronology: The History of the Future is a reference book detailing the history of the Star Trek universe, written and compiled by production staffers Mike and Denise Okuda, and officially endorsed and licensed by Paramount. Despite being written from an in-universe perspective, it also is annotated with some real-world commentaries by the authors.

From the 2nd edition back cover
From the founding of the Federation, to Zefram Cochrane's invention of warp drive, to James T. Kirk's early days in Starfleet Academy®, to the voyages of the Starship Enterprise under Captain Jean-Luc Picard, to the newest adventures of the U.S.S. Voyager™, this book provides a comprehensive look at Star Trek's incredible history. The STAR TREK CHRONOLOGY documents every important event from every Star Trek episode and film, and includes both stardates and Earth calendar dates.

An indispensable guide for Star Trek enthusiasts and writers alike, the STAR TREK CHRONOLOGY has been exhaustively researched and brought up to date by Star Trek production staff members Michael Okuda and Denise Okuda, and includes little-known "inside" information and trivia about the making of the hugely successful television shows and films.

Profusely illustrated with more than 1,000 color photos – many never before printed anywhere – this is the one book that imparts every chapter in the exciting Star Trek saga. The STAR TREK CHRONOLOGY is an incredible journey through time and the future of Star Trek! 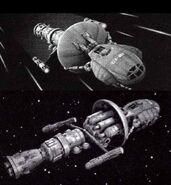 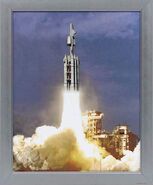