The Star Trek Daily Calendar (2017) is a 2017 desk calendar featuring quotations and trivia from the various Star Trek series.

Star Trek™ 2017 incorporates every corner of the ever-expanding Star Trek™ universe, including each broadcast series and film – even the animated series. 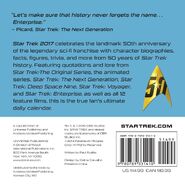 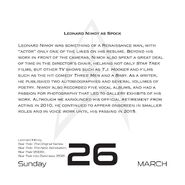 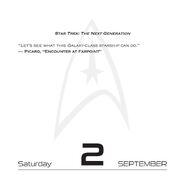 September 2
Add an image to this gallery

Retrieved from "https://memory-alpha.fandom.com/wiki/Star_Trek_Daily_Calendar_(2017)?oldid=2425011"
Community content is available under CC-BY-NC unless otherwise noted.