Stephen Davies is an actor who guest starred in three episodes of the two Star Trek spin-off series Star Trek: Deep Space Nine and Star Trek: Voyager. The jacket worn by him in the third season episode "Darkling" was sold off on the It's A Wrap! sale and auction on eBay and also re-used in several DS9 episodes. [1] 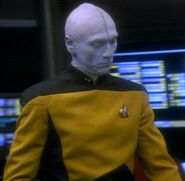 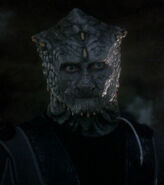 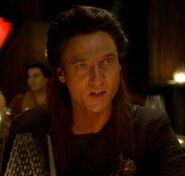