Lambert was the first Suliban ever seen in a Star Trek production, appearing as one of the two agents chasing Klaang through the cornfield in the pilot episode "Broken Bow", filmed on location in Bakersfield, California on 12 June 2001 and 13 June 2001. His costume from this appearance was sold off on the It's A Wrap! sale and auction on eBay and later at the PropStore and was also worn by background actor David Keith Anderson. [1] [2] He then worked as stunt double for guest actor Erick Avari on the episode "Terra Nova" for which he filmed his scenes on Friday 17 August 2001 on Paramount Stage 9. His costume from this episode was also sold off on eBay. [3]

Lambert has been the regular stunt double for actor James Woods for over three decades and doubled him in projects such as the crime comedy The Hard Way (1991, with Charlie Croughwell), the crime drama Killer: A Journal of Murder (1995), the horror thriller Vampires (1998), the comedy Scary Movie 2 (2001), the television series Shark (2006-2008, coordinated by Ron Stein and co-starring Jeri Ryan) and Ray Donovan (2013), and the crime drama Jamesy Boy (2014, coordinated by Johnny C. Meier).

Performing stunts since the late 1970s, Lambert has also doubled Ken Berry in an episode of Fantasy Island (1981, with Frank James Sparks), Fred Ward in the action comedy Remo Williams: The Adventure Begins (1985, with Joel Grey, Kate Mulgrew, George Coe, Tom Morga, Bernie Pock, and Gene LeBell), Michael Dudikoff in the action film American Ninja (1985), Martin Short in the fantasy comedy Innerspace (1987, with Simone Boisseree and Joel Kramer), River Phoenix in the action sequel Indiana Jones and the Last Crusade (1989, with John Rhys-Davies), Andrew Bowen in the action comedy Fox Hunt (1996, with Laura Albert, Doug Coleman, Diamond Farnsworth, Dana Hee, and Marjean Holden), Jason Statham in the science fiction thriller The One (2001), David Willis in the thriller Lost (2004, with Lincoln Simonds and coordinated by Jeff Wolfe), and Elias Koteas in the horror thriller Let Me In (2010, with Bobby Burns and Al Goto).

In 1982, Lambert worked as assistant stunt coordinator on the action drama One Down, Two to Go, starring, written, produced, and directed by Fred Williamson. His credits as stunt coordinator include the action film Revenge of the Ninja (1983), the television comedy The Fantastic World of D.C. Collins (1984, with Bernie Casey), the action films Ninja III: The Domination (1984), American Ninja (1985, with Ken Lesco), and Behind Enemy Lines (1986), the science fiction film Invaders from Mars (1986), the action drama Eye of the Tiger (1986, with Yaphet Kotto and Seymour Cassel), the crime drama Best Seller (1987, with Mary Carver and Branscombe Richmond), the crime drama Cop (1988), the comedy Aloha Summer (1988, with Bobby Apisa and Carl Ciarfalio), the romance Always (1989, with Janet Brady and Eddie Hice), the drama Past Midnight (1991, with Clancy Brown), the action thriller Dead On: Relentless II (1992, with Meg Foster), the music comedy Fear of a Black Hat (1993), the action drama Dragon: The Bruce Lee Story (1993, with Jeff Cadiente and Al Goto), the horror comedy Ed and His Dead Mother (1993), the television comedy Next Door (1994), the comedy For Better Or Worse (1995, with Jason Alexander), the thriller Cover Me (1995, with Paul Sorvino and Corbin Bernsen), the thriller Another Day in Paradise (1998, with Brian Avery, Mark Donaldson, and Nancy Thurston), the action film The Alternate (2000, with John Beck), and the television drama A Painted House (2003, with Brian Avery and Mark DeAlessandro).

Lambert was inducted into the Stuntman's Hall of Fame in 1986 and was a member of the Stuntmen's Association of Motion Pictures for 33 years. He earned two Stunt Awards in 1986 for Best High Work in Remo Williams: The Adventure Begins and for Best Fight Sequence in Tuff Turf.

He was a gangster kicked by Michael Winslow's stunt double Alan Oliney in the comedy sequel Police Academy 2: Their First Assignment (1985), worked as stunt double on the horror sequel Friday the 13th: A New Beginning (1985), was one of the lead terrorists in the science fiction thriller Total Recall (1990), was killed several times in the horror comedy Army of Darkness (1992), played a stunt punk in RoboCop 3 (1993), the bad guy Lansing in the science fiction thriller Timecop (1994), a middle class passenger hanging from the Titanic in Titanic (1997), and a PSI Corp bloodhound in the Babylon 5 episode "Strange Relations" (1998, working with James Lew, Walter Koenig, and Patricia Tallman), doubled actor Jeffrey DeMunn in the drama The Green Mile (1999) and actor Dwight Yoakam in the thriller Panic Room (2002), and played the casino thief in the action comedy Ocean's Twelve (2004). 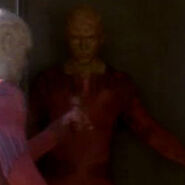 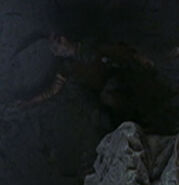