Stuart Coleman is a commercial artist, singer, and former actor who appeared as a background performer in five episodes of Star Trek: Deep Space Nine and Star Trek: Voyager. He received no credit for his work.

Two of his Star Trek: Voyager costumes from the episodes "Waking Moments" and "Flesh and Blood" were sold off on the It's A Wrap! sale and auction, where his name was misspelled as Stewart Coleman on one costume tag. [1] [2] His costume from the episode "Revulsion" was also sold off and was previously worn in the Star Trek: The Next Generation sixth season episode "Starship Mine". [3]

More recently, Coleman worked as assistant art director on the comedy Finding Neighbors (2013, with Mike Genovese) and received special thanks in the end credits of the horror thriller Alyce (2011, with Larry Cedar, Megan Gallagher, Tracey Walter, and Max Williams) and the short drama Neither and Both (2015).

Being a commercial artist since the early 1980s, Coleman worked as art director and editor of the Washington DC music and arts paper "Duckberg Times" in the late 1980s. Since 1994 Coleman has owned Cooldaddy Media, a company which produces music, websites, and graphic designs. Using his artistic name Nick Stewart, he released as "The Absolution" several albums since 1993 and previously played and performed in several other bands. [4]

He currently lives in Marina del Rey, California and conducts sailing charters and cruises and races aboard his Beneteau 331, Reliance. [5] [6] 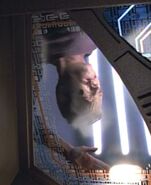 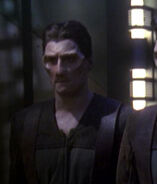