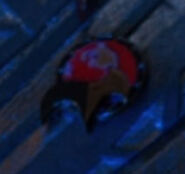 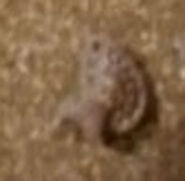 Survived a Mortal Wound was a medal awarded to Imperial Starfleet officers in the mid-23rd century for having survived mortal wounds. Recipients of this medal included Captain Maddox and Captain James T. Kirk, who was twice awarded with this medal. (TOS: "Mirror, Mirror"; DIS: "The Wolf Inside", "Vaulting Ambition")

A primitive version of this medal first appeared in "Mirror, Mirror". It was later identified in After Trek: "Despite Yourself".
Retrieved from "https://memory-alpha.fandom.com/wiki/Survived_a_Mortal_Wound?oldid=2480765"
Community content is available under CC-BY-NC unless otherwise noted.