Susie Stillwell (3 November 1951 – 6 September 2016; age 64) was a model and actress who was a regular background actress on Star Trek: Deep Space Nine for six years and also appeared in several episodes of Star Trek: Voyager. She generally appeared as a Klingon warrior but was also seen as a Bajoran deputy, among other aliens.

Born in Los Angeles, California, and raised in Houston, Texas, Stillwell graduated from Booker T. Washington High, after which she educated herself on modeling and even entered law school, all the while being privately educated in drama. In addition, she was a skilled singer, a casting director, and went undergoing training in makeup and special effects.

She also appeared on television series such as Night Court (starring John Larroquette), Fresh Prince of Bel Air, UPN's Everybody Hates Chris, and as Detective Morange on Dexter (2006, alongside Pablo Soriano). 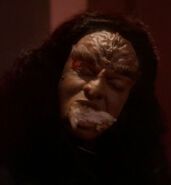 Bajoran deputy
DS9: "A Simple Investigation", "In the Cards", "Call to Arms", "Behind the Lines", "Who Mourns for Morn?", "Wrongs Darker Than Death or Night", "Treachery, Faith and the Great River", "Field of Fire", "Chimera", "Strange Bedfellows"
(uncredited) 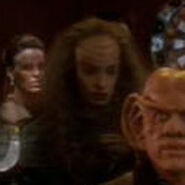 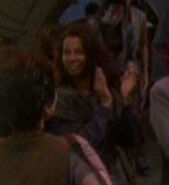 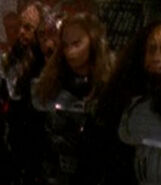 Retrieved from "https://memory-alpha.fandom.com/wiki/Susie_Stillwell?oldid=2419221"
Community content is available under CC-BY-NC unless otherwise noted.