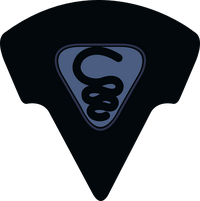 The Symbiosis Commission or Symbiosis Institute was the Trill organization responsible for nearly all aspects of the joining of a Trill host and symbiont.

The Guardians were a part of the Commission which cared for the symbionts just after birth and before they were joined in the Caves of Mak'ala. (DS9: "Equilibrium")

The Commission ran the Trill initiate program, which enrolled Trills into a selection process for potential hosts. Host initiates must have their application approved by the Commission in order to become joined. Initiates are then evaluated by the Symbiosis Evaluation Board during their time. (DS9: "Invasive Procedures", "Facets", "Playing God")

Even after joining, the Commission remained an authority in the joined Trill's life. They continued to care for the symbionts and gave counseling for hosts; this included requiring that joined Trill performed the Zhian'tara as a means of dealing with the memories of previous hosts. Joined Trill may serve the Commission by acting as field docents to prospective hosts. (DS9: "Facets", "Playing God")

The Commission also controlled all information regarding the symbionts. Though nearly half of the population was capable of being joined, they claimed that only one Trill in a thousand was capable, thus making the rare symbionts privileges to be earned, as opposed to commodities to be purchased or fought over. This nearly became public knowledge after an attempted joining between the Dax symbiont and Joran Belar, a violent sociopath. After Joran's execution, the Commission used a chemical memory block on the symbiont to suppress the killer's personality, and erased all records of the incident from their archives. (DS9: "Equilibrium")

After an unprepared Ezri Tigan received the Dax symbiont in 2375, the Evaluation Board provided her with books and counseling, but they could do little else to assist her transition into being joined. (DS9: "Shadows and Symbols")

The Commission may also have been responsible for concealing the joined nature of the Trill, which was not a public fact until 2367, when a crisis involving Ambassador Odan revealed it. (TNG: "The Host")

In the reference book Star Trek: Star Charts (p. 33), the "Trill Symbiosis" was designated as the government of the planet Trill.

Retrieved from "https://memory-alpha.fandom.com/wiki/Symbiosis_Commission?oldid=2180576"
Community content is available under CC-BY-NC unless otherwise noted.