A tattoo, or dermal art, was a mark or design that was placed on the skin. They were usually permanent, but could be removed.

A blonde girl imagined by Quark when Deep Space 9 was visited by non-corporeal aliens in 2369 had a stylized tattoo of a heart on her right arm. (DS9: "If Wishes Were Horses")

After Chris Brynner met Jadzia Dax in 2024 San Francisco, he thought her Trill spots were a type of tattoo from Japan. Brynner himself had a Māori tattoo done in the 1990s, but had it removed. (DS9: "Past Tense, Part I")

On Qo'noS in 2257, in an Orion outpost, a Trill female received a tattoo that could be turned on and off. (DIS: "Will You Take My Hand?")

Prior to the mid-22nd century, dermal art was very common on Denobula. Phlox's parents insisted he studied it, which came in useful when he used his skills to create faux prison markings on Degra's arm. (ENT: "Stratagem")

Chakotay had a Native American tattoo (Star Trek: Voyager), as did his father Kolopak. (VOY: "Tattoo", "Basics, Part I")

When Q tried to impress Kathryn Janeway in order for her to mate with him, he briefly appeared with Chakotay's tattoo, only much more elaborate. (VOY: "The Q and the Grey")

Chakotay, as he appeared in Quarren's holographic representation of the USS Voyager crew, also had a much more elaborate tattoo. (VOY: "Living Witness")

The holographic Bajoran character Katanay in the holoprogram Photons Be Free, who was based on Chakotay, also had a tattoo. However, Katanay's tattoo was more colorful, and depicted the Bajoran logo surrounded by a snake. (VOY: "Author, Author")

When Chakotay and Seven of Nine were stranded in a Ventu village on Ledos, the natives imitated Chakotay's tattoo. (VOY: "Natural Law")

Nero and his Romulan mining crew had facial and head tattoos. (Star Trek)

In the prequel comic Star Trek: Countdown, it was explained that it was a tradition on Romulus that when a loved one died, those who suffered a loss would paint their grief upon their skin. In time the paint would fade, and with it the period of mourning. Nero and his crew, however, burned their tattoos deep so that they would never fade.

After being brought aboard the USS Discovery, Zora noted that Craft had a back tattoo, searching her database to identify it, concluding it was a cyclops owl – imagery only found on Alcor IV. (ST: "Calypso") 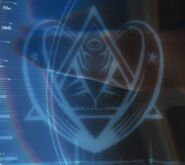 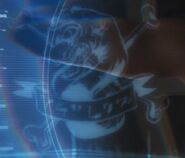 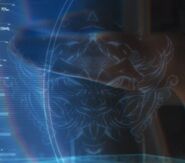 A bird emblem, with imagery of a rose, anchor and stars 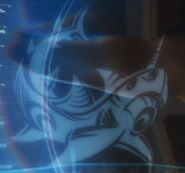 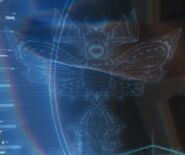 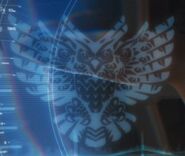 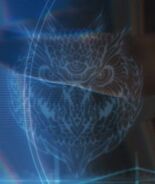 The tattoos featured on several Ferengi on Star Trek: The Next Generation may have been only temporary, as both Arridor and Kol had them in the episode "The Price", but when they reappeared in the Star Trek: Voyager episode "False Profits", their tattoos were gone.