ISBN 0671874306
ISBN 3453109821 (German)
ISBN 4883214192 (Japan)
The Making of Star Trek: Deep Space Nine is a reference book that provides an in-depth behind-the-scenes look at the conception and creation of the fourth outing in the Star Trek television franchise, Star Trek: Deep Space Nine. The focus of the treatise is on the realization of the series' pilot episode "Emissary", though some attention is also given to several first season and second season episodes of the series.

From the book jacket
The Making of Star Trek: Deep Space Nine is an exclusive look at the incredible adventure that began long before the first scene was shot. Filled with anecdotes and insights covering all aspects of what television viewers see each week, as well as little-known stories of "Borg Tribbles," "Cardassian Bowling Alleys," and the "Funniest Joke in the Universe," this unprecedented behind-the-scenes chronicle is based on a year of research and exclusive observation of every stage of Star Trek: Deep Space Nine.

From the earliest concepts for the show to the rigors of full-scale production, The Making of Star Trek: Deep Space Nine examines the other side of the camera, and provides a detailed look at every stage of television production – from story breaking, to writing, casting, production design, to the show's magnificent model work and state-of-the-art computerized special effects, and final editing. 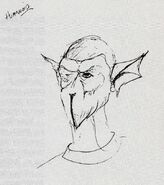 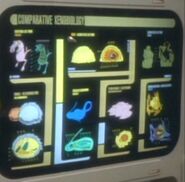 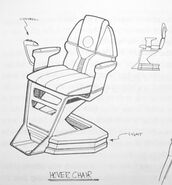 Storyboards for the opening credits (p. 260)