Thomas "Tom" Lee DuPont is a stuntman and stunt actor who performed stunts in three episodes of Star Trek: Enterprise. He received no credit for his appearances.

DuPont has doubled actors Geoffrey Rush and Jack Davenport on all three Pirates of the Caribbean films (2003, 2006, and 2007) and was injured by an accident filming a scene for the second film. He is specialized in sword stunts and works also as a sword trainer for actors. In 2007 he won a Taurus World Stunt Award for best fight in Pirates of the Caribbean III, shared with fellow stunt performers Tom Morga, Lisa Hoyle, Tony Angelotti, Kirk Maxwell and Mark Aaron Wagner. In 2002 he was nominated for another Taurus World Stunt Award for best work with an animal and won a second for the hardest hit in the film A Knight's Tale. He has also doubled for actors such as Heath Ledger and Gerard Butler. 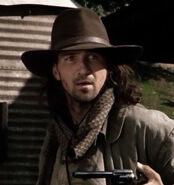 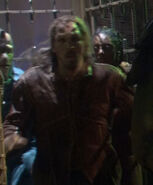 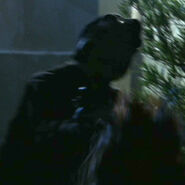 Retrieved from "https://memory-alpha.fandom.com/wiki/Thomas_DuPont?oldid=2491953"
Community content is available under CC-BY-NC unless otherwise noted.