Alien bartender; Devore soldier; Voyager officer; Holographic Breen; Kazon-Nistrim; Cold Station 12 doctor; Alien ambassador
Tom Miller (born 1 August 1961; age 61) is an actor who worked as background actor on several episodes of Star Trek: Voyager and Star Trek: Enterprise. He received no credit for his appearances but is identified by the call sheets of the episodes. In addition, he worked as utility stand-in on the Voyager sixth season episode "Memorial". Miller also appeared as one of the Borg drones in the film for the attraction Borg Invasion 4D. Two costumes worn by him in Voyager were later sold off on the It's A Wrap! sale and auction on eBay. [1] [2]

For ten years, Miller worked as hand double for actor Kevin Costner on several feature films. In 20000, he worked as stand-in for Victor Garber and appeared as a party guest in the Frasier episode "Taking Liberties". The episode starred Kelsey Grammer and also featured Francis Guinan. Miller appeared in commercials for Afrin (1999), Budweiser (2000), and American Clients (2000).

In 2005, Miller produced the short comedy Jacques Cousteau: Above the Ocean and in 2007 the short comedy The Suicide. On both projects he worked as director, writer, actor, music supervisor, cinematographer, editor, and producer. 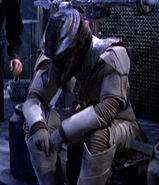 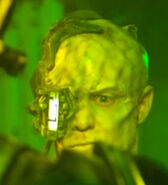 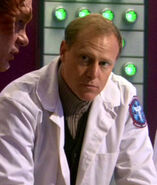 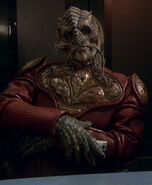