Tom Virtue (born 19 November 1957; age 64) is an actor who portrayed the role of Security Officer Lieutenant Walter Baxter on Star Trek: Voyager. He also appeared in the role of a Quarren Supervisor in two episodes of the same series.

From 2000 to 2003, he portrayed Steve Stevens on Even Stevens on the Disney Channel, as well as The Even Stevens Movie. In 2007, he appeared in an episode of Boston Legal with William Shatner, John Larroquette, Paul Dooley, Mark Moses, and Michael Wiseman.

He has recently appeared in an episode of Coop and Cami Ask the World. (2018) 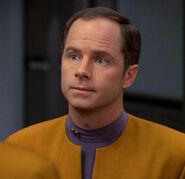 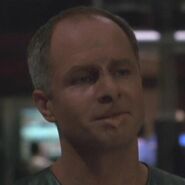