Kurn, Jake Sisko, Alpha Hirogen
Tony Todd (born 4 December 1954; age 67) is the actor who portrayed Worf's brother Kurn in four episodes of Star Trek: The Next Generation and Star Trek: Deep Space Nine, and the video games Star Trek: The Next Generation - Klingon Honor Guard and Star Trek Online. He also portrayed different characters in episodes of DS9 and Star Trek: Voyager. He had auditioned six times for various roles on TNG (including Leyor in "The Price" [1]) before winning the role of Kurn. He was also one of several actors considered for the role of Benjamin Sisko and provided the voice of "Korban" for the video game Star Trek: Elite Force II.

According to an interview with Todd in February 2016, he was on a casting short list for CBS Studios which included the announcement of Star Trek: Discovery. [2]

Todd was born in Washington, DC. He studied for two years at the University of Connecticut before transferring to the Eugene O'Neill National Theatre Institute. He spent the next several years acting on stage in New England and teaching playwriting to high school students.

Todd, standing a sturdy 6'5", has extensive acting credits on the screen and on stage. However, he is perhaps most recognized for his extensive credits in the horror movie genre. Perhaps his most famous work is his performance in the title role in 1992's Candyman, in which he co-starred with Virginia Madsen. Todd reprised this role in two sequels, Candyman: Farewell to the Flesh (1995, with Carl Ciarfalio) and the direct-to-video Candyman: Day of the Dead (1999, with Wade Andrew Williams), the latter of which he co-produced.

Todd's other horror movie credits include the lead role in Tom Savini's 1990 remake of Night of the Living Dead (co-starring Patricia Tallman and Tom Towles) and in 2006's The Strange Case of Dr. Jekyll and Mr. Hyde (with Tracy Scoggins), as well as supporting roles in Wes Craven's Wishmaster (1997, with Kane Hodder, Dennis Madalone and Jeff Cadiente), Shadow Builder (1998, starring Leslie Hope), Minotaur (2006, starring Tom Hardy), and three of the five Final Destination films (2000–2006, 2011). His non-horror films include the Oscar-winning Platoon (1986, with Mark Moses), Colors (1988, with Tina Lifford), Lean on Me (1989, with Ethan Phillips and Mike Starr), Excessive Force (1993, with Bobby Bass, Danny Goldring, Tom Hodges, and Tony Epper), The Crow (1994, with Jeff Imada, Michael Berryman, Judi M. Durand, Barbara Harris, Spencer Garrett, Erik Stabenau, and Marco Rodriguez), and The Rock (1996, with Towles, Willie Garson, Marshall R. Teague, Anthony Guidera, and David Bowe) and Shadow Puppets (2007, with Jolene Blalock). Todd appears in the film The Man from Earth (2007, with John Billingsley): towards the end, his character states that he was was going to go home and watch Star Trek.

He has made television appearances on hits such as Father Dowling Mysteries (with Michelle Forbes and Natalia Nogulich), The X-Files, Beverly Hills 90210, NYPD Blue, Xena, Hercules, Smallville, Andromeda, CSI, Angel, 24, Stargate SG-1, and Boston Legal (starring William Shatner and John Larroquette). Todd has also appeared in the Babylon 5 telefilm A Call to Arms and acted on stage throughout the US, including a stint on Broadway in Aida.

Todd has starred as CIA Director Graham on the NBC series Chuck, produced by Robert Duncan McNeill and guest starring Scott Bakula and John Fleck. He also provided voice talent in the video game Half-Life 2: Episode Two, alongside fellow Trek performer Michelle Forbes. In addition, he can be heard as the voice of The Fallen, Megatron's mentor, in the 2009 film, Transformers: Revenge of the Fallen (written by Star Trek scribes Roberto Orci and Alex Kurtzman), which also featured the voices of Robert Foxworth and Frank Welker. Todd reappeared in the Transformers: Prime animated series produced by Orci and Kurtzman and also featuring Welker, albeit this time as Megatron's subordinate Dreadwing. The show also features Jeffrey Combs, James Horan, Tania Gunadi, and Clancy Brown.

In 2019 he appeared as a Moclan ambassador in the episode "Sanctuary" of The Orville. 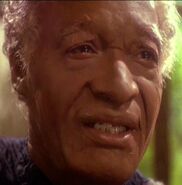 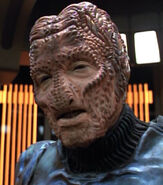