In the real world, and being the sole member of the Enterprise-class aircraft carrier, Enterprise was nicknamed "the Starship," after her fictional namesake. She was in commission from 1961 to 2012.

During the run of Star Trek: Enterprise, Paramount Pictures sent copies of the episodes to the sailors of the Enterprise when it was on patrol in the Mediterranean. (Star Trek Encyclopedia (4th ed., vol. 1, p. 245))

The Enerprise was retired in 2012 after 50 years of service. US Secretary of the Navy Ray Mabus announced at the time of the retiring that the aircraft carrier CVN-80, scheduled for operation by 2025, would be the next American ship named Enterprise. (Star Trek Encyclopedia (4th ed., vol. 1, p. 245))

Sailors of the Year Edit 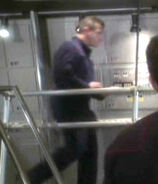 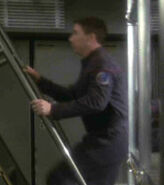 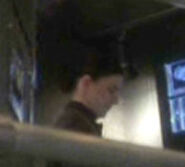 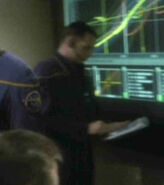 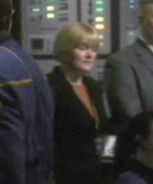 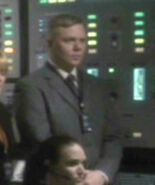 Retrieved from "https://memory-alpha.fandom.com/wiki/USS_Enterprise_(CVN-65)?oldid=2425214"
Community content is available under CC-BY-NC unless otherwise noted.