Inhabitants of Unimatrix Zero and members of the Borg resistance.

This boy was assimilated by the Borg, but was also part of Unimatrix Zero. He had no memory of being assimilated except that his father's ship was attacked and boarded by machine men. When he appeared in Unimatrix Zero, Seven of Nine and Axum welcomed him and brought him to the meeting place where he met other children and played with them.

When the Borg Queen attempted to destroy the environment, she visited it and met the boy. She told him that assimilation turns people into friends and was fun and he showed her a good view over the whole place. (VOY: "Unimatrix Zero", "Unimatrix Zero, Part II")

The alien boy was portrayed by Ryan Sparks.

The drone was a member of Unimatrix Zero in 2377. He was able to visit the virtual world the resistance movement had set up and be free from the hive mind. He took part in several meetings regarding the safety of Unimatrix Zero and was a friend of Siral. (VOY: "Unimatrix Zero")

This alien man, a Borg drone in real life, appeared in Unimatrix Zero after the nanovirus was released into the Borg hive. When Seven of Nine asked him if he remembered who he was or what ship he was on, he answered that he did not. (VOY: "Unimatrix Zero, Part II")

The alien man was portrayed by Clay Storseth.

These humanoids were Borg drones that expressed their individuality in a place called Unimatrix Zero during their regeneration. One of them, Axum, contacted Seven of Nine and asked her for help to employ a nanovirus into the Borg Collective and help the drones to retain their individuality.

The crew of the USS Voyager helped these humanoids and started a war with the Borg Queen. Several Borg attacked them in Unimatrix Zero and they gathered and defended themselves with traps and weapons such as the Klingon bat'leth. At the end they returned to their Borg spheres and Borg cubes still having their individuality. (VOY: "Unimatrix Zero", "Unimatrix Zero, Part II")

All members were played by background performers who received no credit for their appearance.
Beside these humanoids there were also a Peliar Zel native, a Hirogen, Korok, a member of Kelis' species, a Ktarian, an Evora, a member of Varn's species, Axum, and at least one Human.
The first pictured is a member of Abaddon's species, the third pictured wears a similar makeup as the "Reptilian alien" from DS9: "Bar Association". The dress worn by the fourth pictured alien was worn by the Peliar Zel native in the second part. The sixth alien is similar to the Alien with horned comb skull crest from DS9: "Blaze of Glory". The eleventh alien might be related to the Markonian outpost visitor in VOY: "Survival Instinct". The thirteenth alien might be a Brunali and wore the same dress Galyn Görg wore as Nori in VOY: "Warlord". The individuals on the pictures nineteen to twenty-six might be Humans. 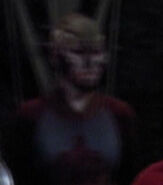 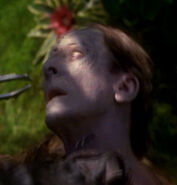 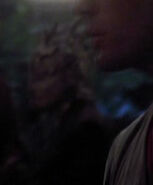 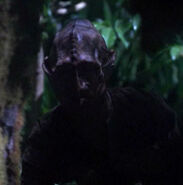 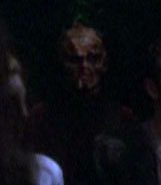 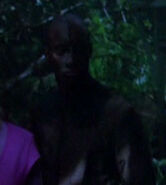 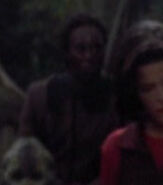 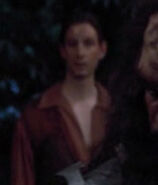 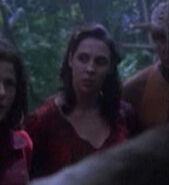 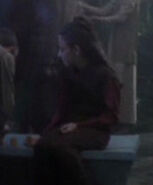 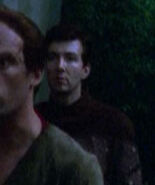 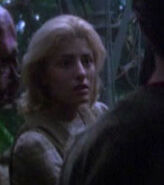 Played by an unknown actor
(VOY: "Unimatrix Zero", "Unimatrix Zero, Part II")
Add an image to this gallery
Retrieved from "https://memory-alpha.fandom.com/wiki/Unimatrix_Zero_inhabitants?oldid=2389432"
Community content is available under CC-BY-NC unless otherwise noted.