These Akaali citizens inhabited the city Riaan was living in on the Akaali homeworld. Enterprise NX-01 communications officer Hoshi Sato first encountered the Akaali when listening to their voices.

The citizens roamed the streets of the city by day and night while an away team from Enterprise investigated neutrino emissions and identified the shopkeeper Garos as a Malurian. They also witnessed the shootout between Garos and his two henchmen and Jonathan Archer and Riaan near a stone well. (ENT: "Civilization")

The five unidentified male Akaali were played by Patrick Horton, Luis Segui, Paul Martin, Brendan Clark, and Terrence D'Amato. The Akaali voices heard over the acoustic relay were provided by unknown performers.
The background performers who were simply identified as "Aliens" on the call sheets, filmed their scenes between Monday 17 September 2001 and Wednesday 19 September 2001 and on Friday 21 September 2001 on Paramount Stage 8. The two Akaali played by Kenneth Beck and Susan Pingleton were identified as "Sickly Aliens" on the call sheet of Wednesday 19 September 2001.
The robe worn by Carlo Antonazzo was previously worn by actor James Flannigan in the
Star Trek: Voyager second season episode "Resistance" and later sold off on the It's A Wrap! sale and auction on eBay. [1] 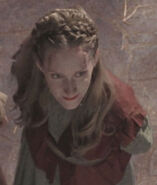 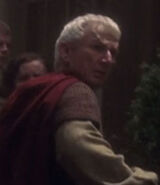 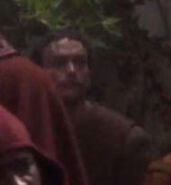 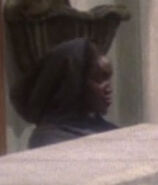 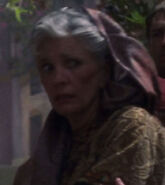 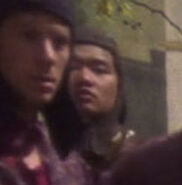 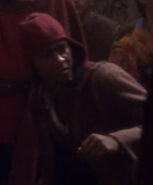 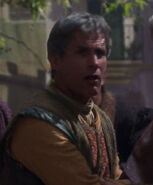 Played by John Blunt
Add an image to this gallery

Several Akaali had succumbed to an apparent epidemic as of 2151. (ENT: "Civilization")

These Akaali were only mentioned in dialogue.

Riaan's brother was among the first to die, prompting her to seek the source of the illness. (ENT: "Civilization")

Riaan's mother used to buy her something. Jonathan Archer couldn't understand what she bought her daughter as Riaan continued to speak in her native language and the universal translator malfunctioned. (ENT: "Civilization")

This character was only mentioned in dialogue.
Retrieved from "https://memory-alpha.fandom.com/wiki/Unnamed_Akaali?oldid=2562027"
Community content is available under CC-BY-NC unless otherwise noted.