These individuals were members of the crew of the HMS Clement. Among them was Malcolm Reed's great-uncle's lieutenant. They all escaped due to their chief engineer's heroic actions. (ENT: "Minefield")

This future great uncle of Malcolm Reed's served aboard the Royal Navy submarine HMS Clement. Suffering from aquaphobia, like Reed himself, he nonetheless had a distinguished naval career. Though afraid of drowning, he sealed himself in the submarine's engine room and kept its reactor operational long enough to allow its crew to escape, dying when it sank. Reed considered him a hero and was fully prepared to do the same if necessary when he was pinned by a Romulan mine in 2152. (ENT: "Minefield") 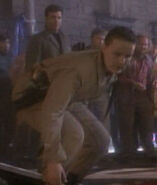 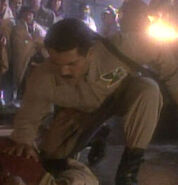 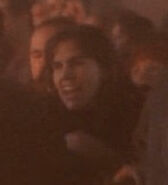 This character was only mentioned in dialogue.
Retrieved from "https://memory-alpha.fandom.com/wiki/Unnamed_Humans_(21st_century)?oldid=2029614"
Community content is available under CC-BY-NC unless otherwise noted.