The following is a list of unnamed Vulcans from the alternate reality.

These ambassadors, two males and two females were at the starbase Yorktown in 2263 during Krall's attack.

The first couple was among the fleeing civilians and personnel when the USS Franklin was in pursuit of Krall's ship.

The second couple rushed out of a turbolift in Yorktown Headquarters and passed James T. Kirk, who entered the same turbolift on his way to stop Krall from releasing a bioweapon, the Abronath, on Yorktown. (Star Trek Beyond)

These first two ambassadors were played by married couple Joel and Cindy Harlow. Their make-up was applied by Richard Alonzo and Felix Fox. (Prosthetics, issue 4, p. 9) [1]

During his childhood, Spock was tormented by three bullies. They tried several times to elicit an emotional response and said that Spock was neither Human nor Vulcan, and thus "had no place in this universe". On their thirty-fifth attempt, one of the bullies called Spock's father a traitor for marrying a Human female, whom he subsequently called a "whore." Spock grabbed him and pummeled him in one of the skill domes. (Star Trek)

It's possible that these Vulcan boys were Sepek, Sofek, and Stark. 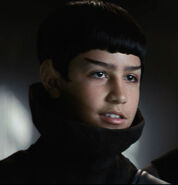 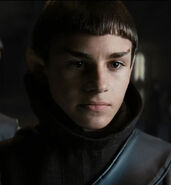 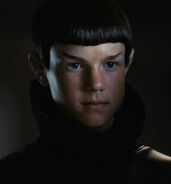 These five elders were members of the Vulcan High Council in an alternate 2258. When Vulcan was attacked by Nero and his mining vessel, the Narada, they went into Mount Seleya's katric ark and held a meditation. Amanda Grayson and Sarek were also among them. Shortly before the destruction of the planet, Spock beamed onto the surface and went into the katric ark to rescue the elders, including his parents. Two of them died but the other three safely beamed aboard the Enterprise. (Star Trek)

The elder played by Jeff O'Haco (who was crushed by a falling rock) was jokingly identified as "Splat" in the audio commentary. 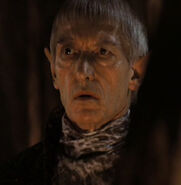 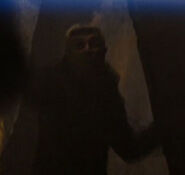 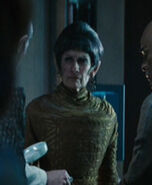 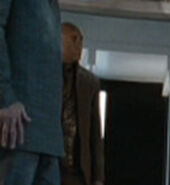 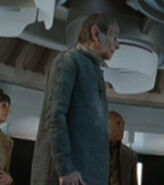 In the alternate reality created by Nero's incursion, the Head Minister of the Vulcan Science Council presided over a committee to decide on Spock's application to the Vulcan Science Academy. The minister was impressed with Spock's record, but was curious as to why Spock had also applied to Starfleet Academy. Spock explained that it was logical to explore all options, the minister agreed it was logical but ultimately unnecessary, as he and the other ministers had decided to accept Spock into the academy. The minister again praised Spock, but his comment implying that Spock's Human mother, Amanda Grayson, was a "disadvantage" caused Spock to decline his appointment into the Vulcan Science Academy and join Starfleet instead. (Star Trek)

The Vulcan science minister was portrayed by W. Morgan Sheppard who received no credit for this appearance though having dialogue. It is unclear if the minister survived the destruction of Vulcan in 2258.
In the novelization of the film, the character briefly displays his own emotion when he directs an angry glare at Sarek, well aware that Spock's father was calling him out by reminding his son that he had overcome "unreasoning prejudice" in his commitment to the Vulcan way of life.
The 2013 virtual collectible card battle game Star Trek: Rivals gives his name as Orsak on card #74. 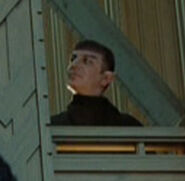 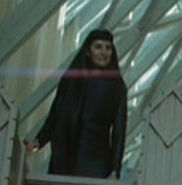 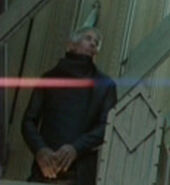 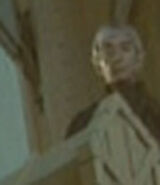 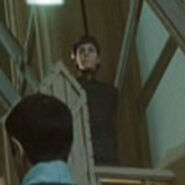 These two messengers informed Spock of Spock Prime's death in 2263 of the alternate reality. (Star Trek Beyond)

They were played by unknown actors. One of these actors had dialogue.

These students studied in skill domes on Vulcan during Spock's childhood. They passed several tests and questions. (Star Trek) 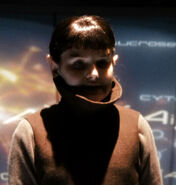 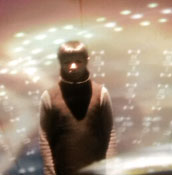