Welcome to my User Page. I am long time veteran of Wikipedia on many battle fronts and also a tremendous fan of Star Trek. I am looking forward to helping out with Memory Alpha. -FleetCaptain 11:01, 11 April 2007 (UTC)

"I can hear the sound of explosions from the north east...The sky is very bright...All lit up...REEEEEEEEEE..."
-American Ambassador, Fail-Safe

"I don't mean to disbelieve you, but that's hardly a Navy uniform." -Edith Keeler

Real world information: I am an archivist-historian with the United States National Archives, specializing in the U.S. military service records, currently assigned to the headquarters of the National Archives in College Park, Maryland. I hold a Bachelor's Degree in History with a World War II emphasis from Virginia Tech as well as a Masters Degree in Public Policy Administration. I presently reside in the Washington DC Metro area, married with two children.

Military service: I served in the United States Navy Reserve from August 1995 to January 2013 and ended my career as a Lieutenant Commander. My active duty years were spent on a frigate in Japan as well as a recall as a Patrol Boat commander in the Middle East. Other reserve assignments included Naval Forces Korea, Bureau of Naval Personnel, and the U.S. 7th Fleet.

Interest in Star Trek: My first vague memory of Star Trek was in 1982 where I saw what I think must have been part of Star Trek: The Motion Picture on The Movie Channel. I was 6 and half years old at the time. In 1983, I saw the last few scenes of Star Trek II: The Wrath of Khan on HBO but didnt really understand what I was watching. I then remember seeing movie posters advertising the release of Star Trek III: The Search for Spock. The first Star Trek episode I ever saw in its entirety was "The Squire of Gothos" in 1984. In 1986, my family went and saw Star Trek IV: The Voyage Home; that same year I was first exposed to Star Trek: The Animated Series when it briefly ran on Nickelodeon. By 1987 I was watching Star Trek full time to include the season premiere of Star Trek: The Next Generation which I first watched on WDCA Channel 20. I was also present at the opening of the Star Trek Smithsonian Exhibit in 1992.

Since then, I've been an avid fan and followed Star Trek: Voyager and Deep Space Nine through college and continued to watch these shows during my first years in the Navy. I also watched the full run of Star Trek: Enterprise upon moving to Missouri and, since the release of Star Trek VI: The Undiscovered Country, I've seen every Star Trek movie when it released in the theater. To date, I have seen every episode of every Star Trek series (including the Animated Series) as well as every Star Trek film.

Writing credits: In 1991, at the age of sixteen, I wrote a short story about the Borg which was published in a local magazine out of Omaha. It was called "Borg Origin" and focused on the very early days of the Borg and how they came into existence and expanded out from their homeworld. In my first years of college, I attempted to write a Star Trek novel, but never got it to sell to Pocket Books due to both my own inexperience as a writer and an inability to find a literary agent.

The novel dealt with a scientist from the far future who, in an effort to destroy the Federation, pulled all six Enterprises out of time in an effort to disrupt the timeline. An interesting tie-in was that the time warp procedure didnt work for the Enterprise-C, pulling it forward in time only two decades, which explained the apperance in "Yesterday's Enterprise". The novel was also writen prior to Star Trek: First Contact and thus had a completely different Enterprise-E with Commodore Wesley Crusher in command.

Apart from Memory Alpha, I once contributed to an online database of Star Trek articles of which one article can still be found here. Okay, so now you know my real name if you were paying attention!

Outside of Star Trek, professional writing credits include a history journal article entitled "A History and Analysis of the SS" as well as a reference book, also published in a history journal, entitled "From Mann to Reichsführer: A collection of SS service records." In my later life, I gave up on fiction writing and now focus entirely on non-fiction reference from World War II and the SS.

Articles I have proposed and passed for Featured Article status

Also includes new articles created by me following the release of the film Star Trek. 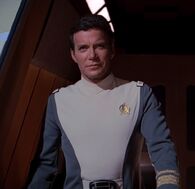 Pages of interest to me

Scientific articles I have written

Geography articles I have written 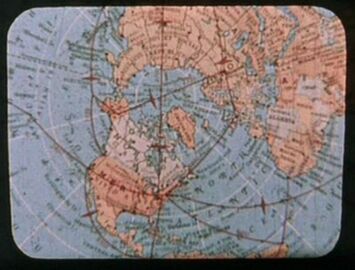 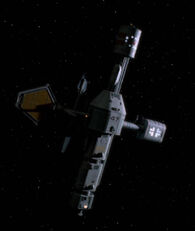 I have met the following Star Trek actors

I have visited the following filming locations 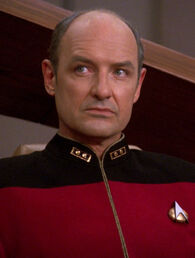 The worst Star Trek episodes of all time

Note: This user actually thinks "Spock's Brain" is a somewhat decent episode, despite the general feeling by most Star Trek fans that this was the worst episode ever made.

Medical articles I have written