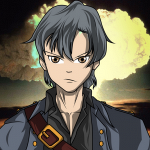 Lightningbarer is perhaps a 'cold trekkie', while he still loves everything about TOS, TNG, DS9 and by-in-part VOY, he's felt a loss at seeing Ent and the last Movie lower his expectations of Trek to the point of slight trepidation at the thought of a new movie or a new series. He fell in love with the idea of Trek while wacthing 'Amok Time' in TOS, any Trek fan will know why and shortly there after found TNG and has loyally followed Trek since.

I've been thinking on this for a while now, quite a while to be honest. i may be affixing blame completely on him, where fingers might need pointing elsewhere 'AS WELL', but to me, the focal point of the failure of Enterprise is directly over Richard 'Rick' Berman's head. Now, after TNG finished and the two non-Roddenberry shows started , there were two Exec Producers, Ira Behr and Berman one did DS9 and one did VOY, neither is seen as 'TURE TREK' to the TOS 'bible bashers' but they are the only real 'continuity' that we can atest to Trek. I've been wondering whether we, as the fans of Trek, should label the timelines in Trek, you know 1940-2063(though this is debatable as 'Encounter At Farpoint' Q states that the world is still in the grips of hell as of '2079' you know the whole 'but this is a court of 2079, where-etc) is the Roddenberry-pre years, 2063-2265 is the Berman post years, 2265-2363 is the later Roddennberry years, 2363-2375 are the Berman/behr years and , 2375-2379 are the Berman pre years. I know that its extensive but I'd prefer that, if Trek isn't revitalised in the next, say 5 years (as of '08) that if its brought back, we would prefer to have a stablised explanation as to where the writers were and who is to blame for the screwed up ideas proposed in the Trek Mythos.

Well, been a while since I've updated this but...as the title states I shudder. Star Trek is now on Death Row, sitting in its cell waiting for the Eighth of the Fifth this year where it will be taken to the death chamber and injected with a mixture of chemicals that will effectively end its life. What are those chemicals you ask? J.J. Abrams, Chris Pine, Zacharcy Qunito, Eric Bana, Simon Pegg, Winona Ryder, Karl Urban, John Cho, Zoe Saldana, Bruce Greenwood, Ben Cross, Anton Yelchin, Greg Ellis, Chris Hammsworth.

Get the drift, yet?

Seriously, don't go see the movie, BOYCOT 'Star Trek' show Paramount that as fans we don't want a shithead writing an action movie as a Star Trek Movie. But most will go see whether its as bad as we all know it will be, I swear this is going to be Dragonball for Sci-Fi fans.

Okay, so I was wrong.

Retrieved from "https://memory-alpha.fandom.com/wiki/User:Lightningbarer?oldid=1130052"
Community content is available under CC-BY-NC unless otherwise noted.