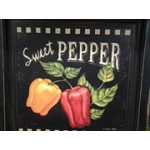 Diehard fan after 38 years. Taped every episode of TNG, DS9 and VOY as they first aired. The first episode I recall seeing, at age 4, was (classic series) "Operation -- Annihilate!" Didn't get really hooked until Star Trek: The Motion Picture (a scary, inspiring film; I don't care what anyone says). "Mirror, Mirror" ignited a love for alternate universes, first in the James Blish adaptation, The Star Trek Reader (originally Star Trek 3), before actually seeing the episode with a clear remembrance of it.

These days I'm mostly a wikignome.

Saw Colm at the Sheraton O'Hare in Chicago, early 1990, the day he checked into the hotel. I didn't have my glasses on (I needed 'em) so I had to squint and stare to be sure it was really him. He kept nervously glancing at me sideways as he crossed the lobby right in front of me (probably thought I was a stalker!). He was a lot skinnier in real life than he appeared on TNG at the time. The next day, at his actual convention appearance, I asked him what he thought of the situation in Northern Ireland. His reply (in a thick Irish brogue) (exact quote): "I think the Brits should get out." (To which there was a thunderous round of applause.)

Riding the elevator up to Michael Dorn's floor with Worf himself, in the days before he was recognized without makeup, I wasn't sure it was him at first either. His eyes were bloodshot, and he appeared haggard from his flight. I tried not to bother him, only learning later that he liked being recognized out of makeup.

Proudest moment of all: Appearing with James Doohan on local TV-news coverage of a special screening of Star Trek II: The Wrath of Khan (Grand Rapids, MI, June 1985), promoting the upcoming Star Trek IV: The Voyage Home. I gave him a copy of DC's Star Trek comic, issue #18, a Montgomery Scott solo story. He held it up, panning it back and forth for the crowd, loudly proclaiming, "It says Star Trek!", and carried it throughout the rest of his appearance at the event, even as he addressed the crowd inside the theater, up until the moment the film started. As a fan of the original generation, I was very saddened by news of his deterioration and passing, as I was by De Kelley's. It's sad to see your heroes die.

Saw The Search For Spock 22 times in the summer it came out (over a three-month span, 1984). On a flip note, Nemesis was the worst excuse ever for a Star Trek movie.

The new Star Trek has steadily grown on me.

Sadly, the quality of screen entertainment has taken a swan dive these days. Hollywood sucks.

Retrieved from "https://memory-alpha.fandom.com/wiki/User:Sasoriza?oldid=2512306"
Community content is available under CC-BY-NC unless otherwise noted.