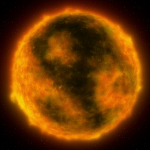 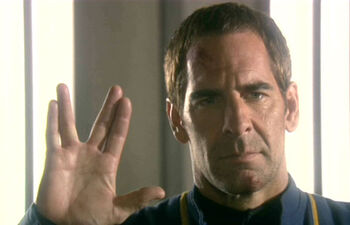 I am a Star Trek fan from early age on. My prior interest are all the "unknown faces" in the Star Trek productions, including the background performers, stand-ins, stunt performers, day players, body doubles, bit players, under 5's, production staff members, and and and...

My aim is to identify them and tell the community who they are. In the last years I have had help from so many Star Trek stars, who provided me with information, background stories, call sheet information, pictures, links, and contacts. Without their help most of these information probably would never reach the fans.

My name is Thomas (born 19 August 1981; age 39) and my hometown is Lübeck, a town in the northern part of Germany. I "share" my birthday with the Great Bird of the Galaxy, Jonathan Frakes, and Diana Muldaur. I've made my first edit on Memory Alpha in February 2007 and brought information about Spice Williams-Crosby, Elle Alexander, and Mary Meinel-Newport to this community. If anyone has a question feel free to ask or e-mail me...

On 14 December 2007, stuntwoman Leslie Hoffman contacted me and asked me if I have also questions for her. What an honor !

On 15 January 2008, legendary stuntman Tom Morga answered my e-mail and provided me with a bunch of great information. This is really an honor.

On 8 February 2008 I became an admin, big thanks to OuroborosCobra for the nomination and Shran, Rom Ulan, 31dot, Renegade54, Jörg, Jaz, and Leslie Hoffman for their supporting votes. :)

...this article. Katja Rieckermann was born in Lübeck, my hometown.

Katja Rieckermann (born 24 February 1966; age 54) is a professional saxophone player who appeared as a wedding band member in Star Trek Nemesis. She received no on-screen credit for her appearence and was identified by the name tag of her costume which was sold off on the It's A Wrap! sale and auction on eBay, where she was misspelled as "Katja Rieckereon".

Rieckermann was born in Lübeck, Schleswig-Holstein, in Germany. In her early years she felt in love with the jazz music and saw her brother Ralph Rieckermann, guitarist for the german group "The Scorpions", playing the guitar at home. At the age of sixteen she saw saxophonist David Sanborn on a concert and knew the saxophone is her instrument. Rieckermann studied a year in France, alto saxophone at the Yamaha Music School in Hamburg, and at the Berkelee College of Music in Germany before she moved to Los Angeles and expanded her expierences.

After appearances with "The Scorpions" in 1997 and the canadian band "Saga", she also performed with Branscombe Richmond and his Renegade posse on his tour in 2000/2001 and occasionally with actors Jeff Goldblum and Peter Weller since 1999. After a recurring appearance as a musician in several episodes of David E. Kelley's television series Ally McBeal (2000-2001) she met Carmine Rojas, the musical director for Rod Stewart and got the part as saxophonist for Stewart. Since 2001 she is the saxophonist for Rod Stewart on his concerts, tours, world tours, and television appearances such as in the talk show Tonight Show with Jay Leno. She has also shown her skills on several DVD's and music albums and has released her first solo album in 2007, titled "Katja Rieckermann". Currently she is on tour through Europe with Rod Stewart.

Sometimes members of the production staff cannot hide from the camera and survived the final cut of the episodes....

An unknown man in Star Trek: The Motion Picture 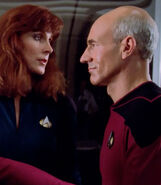 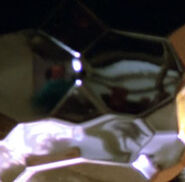 A boom operator and another crewmember in TNG: "Angel One" 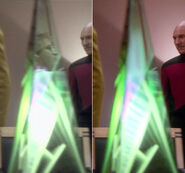 An unknown man in "Time's Arrow" 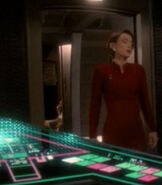 Production crewmember behind door in DS9: "Image in the Sand" 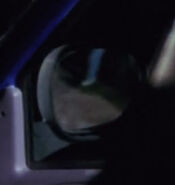 Production crewmember (leg) in car side mirror in ENT: "Carpenter Street"
Add an image to this gallery

Sometimes, their appearances were intentional.... 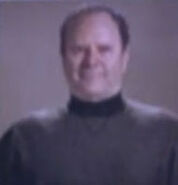 "These Are the Voyages..." - The Audience

I'm still trying to complete all the 44 production staff members and background extras in the final scenes of the Star Trek: Enterprise episode "These Are the Voyages..." ...

The order is from the final scenes in the aired episode.

J.R. Quinonez
Add an image to this gallery 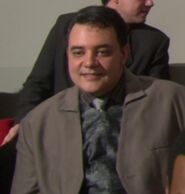 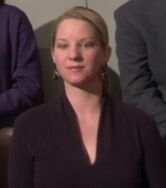 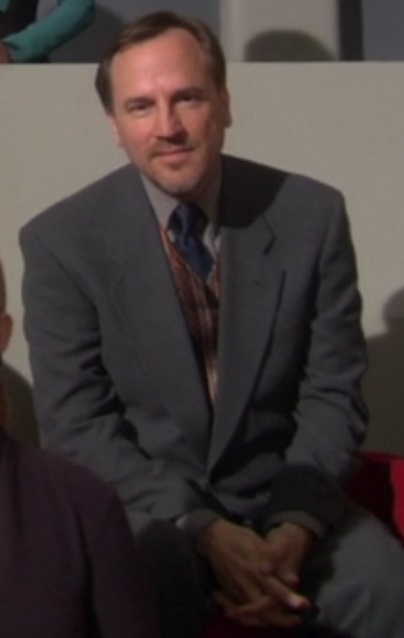 Glen Hambly
Add an image to this gallery 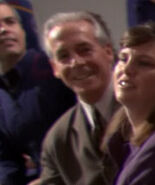 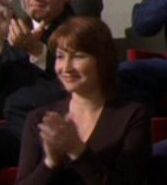 Richard Sarstedt
Add an image to this gallery 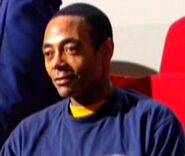 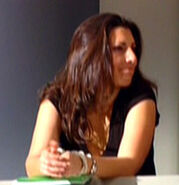 Melissa Vinicor
Add an image to this gallery

I don't know if they sit in the left sided seats...

Retrieved from "https://memory-alpha.fandom.com/wiki/User:ThomasHL?oldid=2551186"
Community content is available under CC-BY-NC unless otherwise noted.