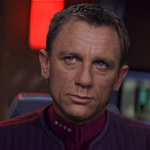 Hello, i am Typhuss999. I like Star Wars, Star Trek, Stargate Atlantis, Stargate SG-1 and Stargate Universe and Sanctuary, snice season 3 episode "Normandy" and watched season 4 until it ended on December 30th, 2011 with the airing of Sanctuary For None part II. I watched the Lifetime movie Taken Back: Finding Haley staring Amanda Tapping, Moira Kelly, and Kacey Rohl on August 11th 2012 on Lifetime, channel 835 at 8:00pm. I have seen the movie a number of times and liked it.

Retrieved from "https://memory-alpha.fandom.com/wiki/User:Typhuss999?oldid=1667120"
Community content is available under CC-BY-NC unless otherwise noted.