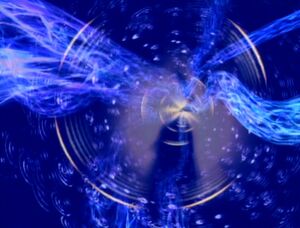 I, Admiral Enzo Aquarius, have been a continuous contributor to Memory Alpha for some years now. I greatly enjoy working in Memory Alpha, mainly due to my huge interest in Star Trek and wikis. Though I went quite inactive for a period of time, I am back and working again, and glad to be!

On April 21, 2007 at 12:15 PM (or 1215, if you want to speak military time), I officially became an MA administrator. Thanks to OuroborosCobra, Alan, Shran, Renegade, Sockpuppet Tim Thomason, Mike B., Jorg, Maestro, Gabriel, Kobi, Matthew and Willie for the support! Most of all, thank you Cid for giving me, the power! ;)

Though I haven't contributed many large articles, I have contributed to a many articles. Here is a list of major contributions I have made to Memory Alpha. Most of these are pages I have actually started, while some a major rewrites. This is only a selection of my works.

Following suit with the new 'standard' for episode summaries, I have done some work on some summaries for various episodes.

I have also decided to take upon the task of summarizing some Trek novels I have.

The following is a list of DVDs I have of Star Trek.

Currently browsing random articles to conduct fixes.
Going through scripts for DS9 Season 2 and adding things as necessary.
Adding auction notes from the It's A Wrap! sale and auction.

I have no clue if anybody is going to read this or if I'm just wasting my time, but I personally like to analyze Star Trek episodes very closely, usually relying on scripts along with images from TrekCore. So, if you want to take a gander, here's my analysis of:

For a series premiere, Encounter at Farpoint wasn't that bad. Although, compared to later seasons of The Next Generation, this episode does encounter a number of errors and such. However, this can be expected from the first episode of a series.

Something I like about the beginning of this episode is that Jean-Luc Picard appears to be touring the ship at the beginning of the episode. That, along with his accompanying log, adds some personality to the new Captain. However, his first lines to his crew on the Bridge are quite interesting, "You will agree, Data, that Starfleet's instructions are difficult?". To me, this statement just doesn't seem...right. He also uses the word 'snoop', which becomes sort of uncharacteristic of him in the later seasons.

In relation to crew size, Picard mentions that they need to pick up crew at Farpoint Station. Why did Starfleet launch the Enterprise with a smaller crew complement in order to pick them up at Farpoint Station, which is to be investigated by the Enterprise? Talking about crew, this brings up something else, what EXACTLY is Worf's function in season 1? Sure, he can man the helm, but half of the time he's at the back stations, sometimes at science, sometimes at the others. During this episode, he also appears to be doing the job of Operations and Tactical, reporting about shields and shipboard operations. So what is his function? Another thing I would like to comment about is the way Worf acts for the first season, in this episode all he wants to do is fight Q, however, it's blatantly obvious that he can't be faught. Even after Q disappears, Worf says Sir... respectfully submit our only choice is to fight.. How do you fight an opponent in which you have no information on, you don't even know where or how to fight him!

Q's appearance as an Elizabethan person was a good indication of the future blame he was going to put on the Enterprise crew. Interestingly enough, it took two security officers little time to receive word of Q's arrival, as they arrive on the Bridge via the turbolift only seconds after he appears. Of course, they can't make it onto the Bridge due to Q's field. If security responded this quickly in future episodes, tons of problems could be fixed. Another note about security, when Q confronts Picard, the helmsman Torres quickly stands up and points a cricket phaser at Q, which brings up some questions. How did he get the phaser and why does a helmsman have one? However, Q then freezes Torres, which prompts Picard to point out that his phaser was only on the stun setting. I find it interesting that Picard would think that Q SHOULD know that the phaser was on stun, since when does Starfleet go around the galaxy telling people This is the stun setting!.

As I mentioned previously, this is the first episode, so problems are always going to occur. Picard, after Q leaves, states that no stations are to communicate with eachother at all. Why cut off every area of the ship, especially when the ship solely rests on the cooperation of every station? This seems to be very pointless, as he ordered Worf to contact engineering to go to maximum acceleration (this statement should be velocity, as acceleration refers to rate of change of speed) and he later asks his Bridge crew to contact all decks to let them know of a high-speed saucer separation via print-out. This is meant to be done in person, which seems like a task that would take a couple of hours to do, and, somebody like Worf, had to go all the way to engineering to send a simple message Would it really matter if he sent one small message through the comm? Bad call mon Capitan!

All security teams are required to report to security office 1 as per Starfleet Security regulation 47-H in regards to:

Due to a ten-minute ban instated by:

This is now listed on our possible administrative infringements page. Please do not simply remove this note until the issue is resolved - follow the instructions below, instead and listen to your local news radio station for updates as this story continues..