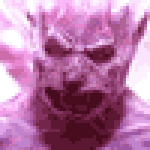 Welcome to Memory Alpha, Bertaut! I've noticed that you've already made some contributions to our database – thank you! We all hope that you'll enjoy our activities here and decide to join our community.

If you'd like to learn more about working with the nuts and bolts of Memory Alpha, I have a few links that you might want to check out:

One other suggestion: if you're going to make comments on talk pages or make other sorts of comments, please be sure to sign them with four tildes (~~~~) to paste in your user name and the date/time of the comment.

If you have any questions, please feel free to post them in our Ten Forward community page. Thanks, and once again, welcome to Memory Alpha! -- Sulfur 18:34, 5 December 2007 (UTC)

Also, please note that [[Sisko]] as a link doesn't go to Benjamin Sisko. Make sure that you put in the proper link. You can hide words with the vertical pipe, such as: [[Benjamin Sisko|Sisko]], which gives you Sisko. Hope that you're enjoying your stay thus far! -- Sulfur 23:12, 12 December 2007 (UTC)

You just added this bit of information to "Shadowplay":

Where is that bit of information from? Can you ensure that it is cited. Also, I must reiterate the need to double check the links you add, such as "Dax" and "O'Brien". Neither of those links go to the character, as both go to disambiguation pages, due to the fact that there are a number of characters or things that share those names. Thanks. -- Sulfur 16:10, 15 December 2007 (UTC)

A little bit more on citations... Please note that citations follow the end of the sentence. As such, the period comes before the citation (as in the first example about Sisko shaving his head above). If you can stick with that style, that'd be appreciated. Thanks! -- Sulfur 00:36, 20 December 2007 (UTC)

Indeed, I've been looking forward to each of your contributions, as the insight they give is wonderful. --OuroborosCobra talk 05:39, 23 December 2007 (UTC)

Thanks guys, that encouragement is very much appreciated. I absolutely adore DS9, my all time favourite TV show, and I've watched all the episodes 3 or 4 times, but watching them in conjunction with the Companion is an entirely difference experience, so I just figured that if I'm so fascinated with all the background details, other people would be too, which is why I've been posting it. Really glad to see it's meeting with approval. – Bertaut 19:58, 23 December 2007 (UTC)

To make a signature like mine, put the following code under "nickname" in my preferences:

Make sure to check "raw signatures". You can customize the color of the "talk" text, to make it something other than green. Just google an html color table, and put the corresponding color in the proper code spot (should be obvious where). If you have any problems, feel free to ask. --OuroborosCobra talk 22:29, 29 January 2008 (UTC)

Hey - good work on the background info sections for DS9: "Rapture"! I originally wrote the whole big damn long wordy lot of it on 31 August 2006, but had never really been totally happy with it since then. I think between our recent edits we've got it looking a lot better! Thanks :o) -- Taduolus 23:47, 4 February 2008 (UTC)

Thanks. I was actually hoping that you didn't think I was stepping on your toes or anything. The work you'd done was excellent, that stuff about the dual missions was really well put together, and as you say, between the two of us, I think the BG section is really strong now. – Bertaut talk 02:17, 5 February 2008 (UTC)

Such a shame that the FA nomination failed... like I said, it didn't even fail due to objections, but simply because of lack of interest in the FA process. Do you intend to renominate it? I'll support again, though maybe put it up for peer review first, as inevitably somebody will object on the grounds that is hasn't been peer reviewed!-- Taduolus 19:54, 3 March 2008 (UTC)

Yeah, I know, it sucked. I did put a bit of a rant on the talk page of the episode, where I asked why do we even have the FA nomination system if people couldn't be bothered voting. It just annoys me that it was through apathy that it didn't get featured, nothing else. You think I should submit it for review yes? I wasn't going to as I think it's fine as it is, but if you think that's wise, I'll go ahead and do it. – Bertaut talk 04:13, 4 March 2008 (UTC)

Yeah, I think it's best to do a peer review first, if only because it's almost certain that during an FA nomination procedure somebody will oppose the nomination purely because the article hasn't gone through the motions of peer review prior to FA nomination. "It is the order of things..." as they say! -- Taduolus

And are you really willing to give your life for...sorry, got caught up in the moment there. Well, I put it up for peer review, and it's got one positive comment so far, so that's good. I'm keeping an eye on the Quark's page too (which is really excellent by the way, very well put together), just to see how things turn out. On a semi-unrelated point, I was looking at the Bolian page the other day, I can't believe that it's an FA. I was going to propose removing it, but there's a already been a debate in the talk page about it, so I left it. But the point is, a page like "Rapture" can't get enough votes to get featured, but the Bolian page can! There's nothing wrong with the page, it's just that there's nothing outstanding about it either. It just makes me wonder about how subjective the whole FA nomination thing really is. – Bertaut talk 22:25, 13 March 2008 (UTC)

I deleted this image. Not sure your intentions with it, but we don't allow personal images of that sort, unless of course it is directly related to the progress of the site. --Alan del Beccio 00:50, 10 February 2008 (UTC)

An uncited reference at USS Bozeman personnel states that Saavik was originally intended to be one of the crew aboard the USS Bozeman. Do you know if that comes from the TNG Companion? If so, could you add that as the reference. Thanks --Alan 00:20, 22 February 2008 (UTC)

That indeed comes from the companion, and I updated the page accordingly.– Cleanse talk 07:50, 22 February 2008 (UTC)

Make sure that you cite the source of images such as your recent upload of Image:Illustration from the Book of Kosst Amojan.jpg. Having a license disclaimer is nice and all... but where's it from? :) -- Sulfur 18:33, 4 March 2008 (UTC)

I know, I was trying to add the source, but I couldnt find anywhere to do it. When you add the disclaimer, where exactly do you put your source so it doesn't read "see description"? Anyway, it's from the Companion (p.683). It's a John Eaves illustration. – Bertaut talk 18:36, 4 March 2008 (UTC)

Check the {{image fairuse interior art}} license. It's specifically designed for these such cases. And of course, since Pocket Books published it, they are considered the owner (since they're licensing it from Paramount, but we're using their licensed version, so for all intents and purposes...). For those, you can list the source going back to the book that it's from, but you don't need to, since it should point to the description otherwise. Which I notice that it doesn't right now, so I'm going to fix it. :) -- Sulfur 18:54, 4 March 2008 (UTC)

Actually, background information on the design of a model should go on the background section of the class page (Defiant-class), as a centralized location for all information pertaining to not only the first Defiant, but subsequent ones as well. Additionally, you might want to try the <gallery> feature for posting those images. :) --Alan 01:02, 16 March 2008 (UTC)

Figured I would let you do it, than doing it myself and looking like an ass to the person who originally added it, without explanation. --Alan 01:23, 16 March 2008 (UTC)

Cheers Alan. Very handy that gallery function, I'll remember that for the future. Thanks for the advice, much appreciated. – Bertaut talk 02:39, 16 March 2008 (UTC)

You might want to check the image archive for the various episodes you are uploading images on behalf of, as you just uploaded Image:Hans Beimler.jpg and we already had a Image:Hans Beimler What You Leave Behind.jpg (which you could have uploaded over, instead of creating a second file, and Image:Obscured David Weddle.jpg, when we already had Image:David Weddle What You Leave Behind.jpg. One minor note on file naming, try not to use the apostrophe (') to start off the image names, or include qualifiers (such as "obscured") in front of file names, so that they can be properly alphabetized with other images in the file listings (which places "David Weddle" in "O" rather than "D", where it would have resided next to the other image I noted. Thanks :) --Alan 02:47, 26 March 2008 (UTC)

Oh right, sure, sorry. It never even occurred to me to upload the new images under the existing file name rather than creating a new file altogether. My apologies for that. And no bother about the file naming too, I'll remember that in future. As always, thanks for the advice, very much appreciated. – Bertaut talk 02:52, 26 March 2008 (UTC)

Thanks for the pic. I just remember cracking up when I saw that on the ep the first time, and thought it would look cool in Background (which it does). Keep up the good work!– Cleanse 02:04, 3 April 2008 (UTC)

Re: What you posted on Taduolus's talk page:

I'm still here, but I've finished with the DS9 info, sadly. I do keep an eye on things though, any nominations of interest, things like that. As I've said before, DS9 is really the only Trek show I'm into, hence why I've been so quiet recently. I am still knocking around though, never fear! – Bertaut talk 10:28, 12 August 2008 (UTC)

Glad to hear you're still around! There must be more work for you to do though... if you've got any suggested additions for my new sub-page ('The Aliens of Deep Space 9'), I'd love to hear them on the talk page. Also, at some point pretty soon I'm planning to work up a new (detailed) version of the currently shamefully-neglected Security office article... I'd love some of your Background Info to add to it, if you can find any... - Taduolus 10:56, 13 August 2008 (UTC)

Hi there. I noticed you voted on the Klingon history article for FA. I was wondering if you would mind taking a look at the "Dark Frontier" article aswell? TrekFan 17:43, 12 August 2008 (UTC)

Retrieved from "https://memory-alpha.fandom.com/wiki/User_talk:Bertaut?oldid=2569634"
Community content is available under CC-BY-NC unless otherwise noted.