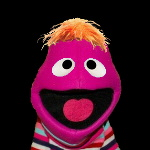 This user believes in keeping talk page conversations in one place. If you leave a comment here, expect a reply on this page.
Please click here to start a new discussion

The reason I kept making that distinction (r.e. the "Endgame" narrartive) is that it has always seemed false to me to call a rear or vice admiral 'Admiral', a lieutenant colonel 'Colonel', a lieutenant commander 'Commander', or a brigadier general, major general or lieutenant general 'General'. An admiral is an admiral, a colonel is a colonel, a commander is a commander, and a general is a general. Calling the other ranks as if they were the full ranks seems false to me. There's no way in hell I'd call a lieutenant colonel 'Colonel' for example. If he or she became a full colonel, then I would call him that. Until then, it would be always 'lieutenant colonel' from me, at all times. Hope this makes sense.– Watching... listening... 04:34, 1 November 2007 (UTC)

Of Gods and Men

How did you track the site downtime to the announcement of the December release? The WayBackMachine seemed to indicate that it hadn't saved a copy of the site since July — well before the 1 November announcement. Never really used WBM much though, so I'm not sure of its accuracy. CzechOut ☎ | ✍ 20:30, 3 November 2007 (UTC)

Hi. I very much respect the fact that you are removing so much of the personal opinions and plain garbage trivia that clutters up Memory Alpha. I occasionally remove POV if I run across it. Question for you. An editor has added a new comment to the ep "Trials and Tribble-ations" which reads something like. "It is probably not a coincidence that "D" is the 4th letter of the alphabet." WTF?! I would remove it, but am afraid it may be something that I totally don't understand as I'm not a big fan of DS9. Would you look at it and determine if it is something worth keeping? Thanks. Sir Rhosis 21:03, 14 May 2008 (UTC)

Hi, Sir Rhosis. This was my original response to you, which I was writing before I knew Sulfur already had fixed the page. I was going to say this:

WTF, indeed. I have no idea what the connection is. I even read the original anecdote about the Klingon battle cruiser designation at D7 class and still I don't get it. If you're concerned about just removing it, bring it up on the episode's talk page (without removing it yet) and let's see what people have to say. Maybe somebody can clear it up.

You had no right to delete the edit I posted regarding When It Rains... & the reunion of Vaughn Armstrong & Michael Dorn. They were reunited, "Heart of Glory" was their first time on screen together & then they were afforded the opportunity to work together again. For those unfamiliar with the link between them & It Is A great piece of knowledge & I will put It back. They were Indeed REUNITED. I will put It back after I send you this.

First of all, I have as much right as any other user to edit out your constant stupidity and point out for the umpteenth time that you don't ever read your talk page and have ignored a multitude of warnings. Second, sign your posts. Third, it doesn't matter to me how many times you put it back; it will continue to be removed until you can learn to read and follow the rules. - Bridge 18:45, 23 May 2008 (UTC)

I am a life long science-fiction fan,

(see H+ magazine online if you want to know what the heck that means :), and I am, of course, an overall fan of Star Trek.

I am very dismayed at the actual nature of the motives

I would also suggest this as required viewing for anyone considering a career in space tech today. It starts out a bit slowly with the history... keep watching. You need to know.

I have been reading Memory Alpha occasionally for years but just decided to join. I hope to be constructive here.

Retrieved from "https://memory-alpha.fandom.com/wiki/User_talk:Bridge?oldid=2569393"
Community content is available under CC-BY-NC unless otherwise noted.