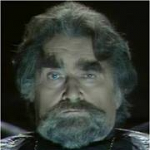 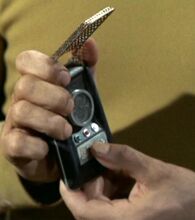 This user believes in keeping talk page conversations in one place. If you leave a comment here, expect a reply on this page. If I left a comment on another page, expect my reply there.

Please leave talk page messages here. I will respond on this page with my answer.

Seeing as you have something of first hand experience with this topic, and indeed it seems like something up your alley, is there a chance you can use your understanding of these topics to point us in the right direction with the relationship between officer, commission, field commission, battlefield commission, commissioned officer, provisional officer, field promotion, enlisted, non-commissioned officer, and possibly more, notably in terms of clearing up redundancies and misleading redirects? Seems to me these could be condensed better. Thanks. --Alan 17:51, 19 July 2008 (UTC)

Apologies that my thanks slipped through the cracks with other things going on. Thanks for letting me know about this and I'll check into it. Our website has some very good military articles that is to be sure. -FC 16:32, 29 July 2008 (UTC)

Seems a number of images listed here became orphaned in your rewrite of the rank article. Do you know if they are illegitimate/unconfirmable images that should be deleted, or are they overlooked and going back into the article? --Alan 13:28, 12 September 2008 (UTC)

I'll be putting all of those back into the article in a background section about unseen implied insignia. I have a soruce for this too. Thank you for checking and thank you very much for your help with this article! -FC 15:29, 12 September 2008 (UTC)

Captain, I've just finished reading over (but, I confess, not really studying) your article on Starfleet ranks; it is a masterly work of scholarship -- many thanks. One thing, though, that has been on my mind for some years is the fact that the only clearly enlisted personnel that we ever get to know in the canon are Chief [Something] O'Brien and the deservedly admired Yeoman Rand. You give an exhaustive treatment to petty officers of various sorts, but I have to conclude, since Yeoman Rand is apparently the only character of her grade ever to appear, that her insignia of rank comprise the miniskirt and the nicely-turned ankles below it — but this seems somehow un-Starfleet (though very Human).

Do you have any xeno-sociological insights into the fact that apparently the Vulcans and the Romulans are the only major galactic cultures to have a rank of Subcommander? Does a Subcommander really outrank a Starfleet Lt. Commander, or is that just the usual pointy-eared arrogance?

Thank you! Good questions too. I will see if I can come up with some good answers. Part of me hopes that article will one day become a Featured Article. There is a stir right now with some people on that article, we are trying to iron some things out. After all of that has past, I will again start some major work on it. Thanks again! -FC 23:54, 1 December 2008 (UTC)

Please be careful to avoid section names for the new movie's talk page that are spoilers, as those section titles show up in RC even to those avoiding that talk page to. --OuroborosCobra talk 15:25, 22 January 2009 (UTC)

I don't think you did with asking it, especially on that talk page. People are certainly discussing spoilers quite a bit there, which makes sense, and is why I and others avoid that page. If we can keep to a minimum how much people not even reading the page see, though, it is useful. :-) --OuroborosCobra talk 16:30, 22 January 2009 (UTC)

Military people in "Far beyond the stars" Edit

Hey fleetcaptain! I found some military people in "Far beyond the stars" and took some screenshots of them. If you want, I can send them to you and you can figure out, based on their uniforms, what exactly they do and add the info to MA. I have no clue about American military uniforms and insignia. ;-) --Jörg 18:28, 10 April 2009 (UTC)

Wow, that was pretty cool. One of them is very clearly a Torpedoman 2nd Class in the Navy, the two Air Force guys appear to be staff sergeants and the army soldier has an infantry branch pin. The Navy guy is also wearing accurate ribbons from the Korean war. I'm sure we could add things to some articles based on all that.

Hey Captain, I'm cleaning up some move titles and links you wrote about the new movie uniforms. Please take note of the changes when writing other links and feel free to talk page with me about them, OK? -- Captain MKB 16:28, 9 May 2009 (UTC)

Yeah, Chekov's birthdate got changed -- maybe his parents were so scared of a Romulan war that they had a son four years earlier than they would have?

Hey there FleetCaptain. About a year ago you added a note that the radio announcer for "Bang Bang" in "A Piece of the Action" was played by James Doohan. Do you have a source for this? It's been marked as needing citation for awhile and I think it would be good to resolve it. Thanks. :-)– Cleanse 06:43, 15 August 2009 (UTC)

The original issue of the Star Trek Compendium, published circa 1988, had him listed as such. Later ones, I believe, might not have him in there since he was uncredited on screen. Also, around 1989 or 1990 there was a 1-900 number that Doohan fans could call. A recorded stream of comments from Doohan was read for like a $1.50 a minute or something like that. In that phone recording, he states he was the voice of the Melkotian buoy, the Iotian announcer, and clarifies that he was not the voice of Trelane's father. The phone line might not be sourceable (although buried away somewhere in my files I still have the actual phone number) but the 1988 version of the compendium should be a good start. Meanwhile, I'll do some research on that 1-900 numbers that existed back in the late 80s. -FC 19:28, 16 August 2009 (UTC)

Based on the article page for the book, it was the Third Edition that I had in 88 which listed Doohan as the Announcer. I'll sniff around for the info about the 900 number. I;m curious if anyone else on MA ever called that number. I called it once and got in trouble with my parents since I racked up a 30 dollar phone bill! -FC 03:33, 17 August 2009 (UTC)

MA:IMAGE. The short summary for px sizes? Only put them on list pages (such as the unnamed people ones). Everything else gets a "thumb" only, since that's user settable. -- sulfur 14:49, December 3, 2009 (UTC)

It was e-mailed to me by a fellow historian (specializing in film history). The original picture was part of a map that Desilu drew up in 1967 when they were getting ready to sell to Paramount. The photo is nearly 50 years old and is not under any kind of copyright that I know of. Its been awhile since I uploaded images on this site, sorry if I missed any steps. -FleetCaptain (talk) 17:44, September 19, 2013 (UTC)

If it's a photo, it's still owned by someone. In that case, it sounds like a photo from a private collection, original owner being Desilu. So, I've updated the image based on my understanding. Please take a look at it and see if that's correct. -- sulfur (talk) 17:49, September 19, 2013 (UTC)

Even if you can't get all of those details, as long as the sourcing is correct and it is citeable to something particular, then we're in decent shape. Just make sure that when you upload material, you include the source, a license, and a category. -- sulfur (talk) 17:53, September 19, 2013 (UTC)

Cool. An incredible picture, by the way. You can almost see where Kirk and Spock were standing, the roof of the Chancellory visible as well as the annex building that was behind the SS Major. One of my favorite episodes of all time! -FleetCaptain (talk) 18:05, September 19, 2013 (UTC)

No problem and its great to see you again. I regret that I don't have the Compendium anymore but remember reading about Ihnat being younger than Shatner in there. I did find an old magazine which talked about it as well and added the page number. Thanks. -FleetCaptain (talk) 14:03, May 12, 2016 (UTC)

Retrieved from "https://memory-alpha.fandom.com/wiki/User_talk:FleetCaptain?oldid=1848671"
Community content is available under CC-BY-NC unless otherwise noted.