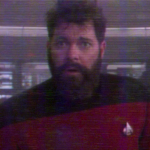 "Synth" capitalized or not? Edit

I noticed that over at Kima and Lil you changed "synth" to "Synth." I know that we capitalize species names like Human and Vulcan, but I was thinking that "synth" was more of a descriptor, like "android", "robot" or "hologram". We'll probably learn more in a few weeks, but until then, I don't think we have enough evidence to know whether it should be "synth" or "Synth"... or am I missing something? —Josiah Rowe (talk) 19:01, January 10, 2020 (UTC)

I don't know, since no one knows what a synth is, apparently, but if they are describing a scenario where "rogue synths attack", it would certainly describe a group, and a group would typically be capitalized, since it wasn't called something generic like a "mob" or "angry civilians". --Alan (talk) 19:08, January 10, 2020 (UTC)

Not necessarily. I can think of plenty of cases in which an attacking group would not be capitalized. "Rogue militias attack embassy," "rogue privateers attack shipping lanes," "rogue workers attack factory," and so forth. But you're right that we don't know what a synth (or a Synth) is yet. Time will tell, I suppose. —Josiah Rowe (talk) 19:24, January 10, 2020 (UTC)

Possibly... though if I recall my maritime history, one of the reasons privateers were used was for official deniability, so they might or might not be acting under naval orders. Besides, just because a phrase is redundant doesn't mean people don't use it (keep your "PIN number" secret at the "ATM machine"). —Josiah Rowe (talk) 19:45, January 10, 2020 (UTC)

Hi Alan, You recently edited my edit on the Cardassian rank glinn. I don't understand the edit? i'm new to this page so perhaps I don't understand all the rules, but from what I understand, this page is devoted to cultivating information. Your re-edit was accurate but reduced the information to a depthless lack of accuracy. can you explain? Sincerely, Richie

The page use to be a catch all (legate, gul and glinn all redirected there), but was split in individual articles (because it should have been in the first place), and what remained was a generalized page listing all the ranks and any information that may be included across the board on the subject or that directly compare one to the other (like discussing prefect, or the background info about gil). Otherwise, specific information (your 'depth and accuracy') about the individual ranks go to those individual pages, to cut down on redundancy and to build the web. --Alan (talk) 13:37, January 15, 2020 (UTC)

Why did you revert my edit? The name "Starfleet archives" is also used on screen at least as a caption. The museum might be part of the archives, not necessarily the whole thing. I went to that page because of the on-screen caption, many other users probably will too. JagoAndLitefoot (talk) 20:42, January 24, 2020 (UTC)

I think that there is a case to simply have these redirect to the episode, and have a disambiguation pointing to the comic on these ones -- simpler, gets people to where they are almost certainly wanting to be fast, etc, and removes the need for additional, extra disambiguation pages. Thoughts? -- sulfur (talk) 12:44, January 25, 2020 (UTC)

I'm happy with doing it consistently for episode pages in this way. Two links with one being the episode? RD to episode, disambig over to the other one. More than two? Disambig page at the base. -- sulfur (talk) 21:13, January 25, 2020 (UTC)

Yes, that's all it was about, but I guess I wasn't clear enough in my first comment on Talk:James Komack, so that's probably my fault. I was clearer, I believe, earlier, on Talk:Westervliet, but still not sure if that would have gotten my point across.

In any case, the only reason I posted on the talk pages at all instead of just making the relatively minor edit myself (and keeping the facts), is because in the past, on more than one occasion, when I've removed speculation from an article here, or rephrased it to that it's presented as a possibility, not a fact, it's either resulted in an edit war, or an admin just reverting. So, I've taken to trying to gather opinions and support (or dissent) when it comes to something like this. That's why it was worth the thousand words. --TimPendragon (talk) 04:33, February 6, 2020 (UTC)

Hi. there. just a note to say hello. I have been here for a while, but have not visited for some time. I appreciate and admire all your work and efforts. thanks for keeping this wiki in such great shape! very cool place. thanks!! Sm8900 (talk) 15:09, February 7, 2020 (UTC)

Thanks. Just wanted to make sure the qualifiers were correct, since there are essentially two transports with the same name. --Alan (talk) 14:57, February 13, 2020 (UTC)

Just letting you know I reduced their block to a day, as a week seemed a little much for a first offense. That image is everywhere online, so I could see how an they would think it's OK to use. I think the message has been sent either way. - Archduk3 01:44, February 15, 2020 (UTC)

Retrieved from "https://memory-alpha.fandom.com/wiki/User_talk:Gvsualan?oldid=2462793"
Community content is available under CC-BY-NC unless otherwise noted.