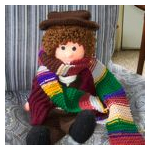 And I always thought it was mini-Josiah Rowe that would make my name known (and feared, if you've ever encountered it).

Alright vs All right

Is that "alright" from a script, or a transcript? If it was written that way in the script, that's fine, but if that's just somebody writing down what they heard in the dialogue, it would probably be better as "all right". —Josiah Rowe 17:02, 1 May 2009 (UTC)

My understanding is that most of the "alright" bits from TOS are from scripts here and there along the way. There was a guy who had a large collection of old scripts he'd picked up from around the way that went through and edited a bunch of those. So... I'm willing to take it on faith that the spelling's from the scripts in those cases.  :) -- sulfur 17:15, 1 May 2009 (UTC)

True, however unless it's noted by a valid source we don't report it as there are many fan speculations and we don't have enough room for them all. :) — Morder

True; but assuming the note about the Spockanalia article is correct, this is a bit of speculation that dates from the earliest days of fandom. (Spockanalia was the first Star Trek fanzine.) As such, I think it's noteworthy as an early example of fanon being confirmed or referenced in canon.

Since the content of that fanzine is not available online, I'm not sure what sort of citation could be used other than the in-text mention. (We don't use the <ref> element footnotes here, do we?)

If the speculation bit is what needs citation, would you mind if I moved the {{incite}} to after that sentence? As it is now, it looks like we're asking for a citation that Nick Meyer wrote The Seven-Per-Cent Solution, which is a bit silly. :) —Josiah Rowe 05:42, 9 June 2009 (UTC)

Yeah, I can understand the confusion.

That's reasonable; but let's leave the {{incite}} in place after the Spockanalia sentence for a while, to give other editors a chance to find a reference if one exists. (There might well have been an article on Star Trek and Holmes in Star Trek: The Magazine, or some such source, which could support the Spockanalia bit better.) —Josiah Rowe 06:04, 9 June 2009 (UTC)

The "universally panned" note was meant as a lead-in to the other notes (and be covered by their citations). I rephrased it and put it with the Shankar note so it's clearer where the claim comes from. – Cleanse ( talk | contribs ) 03:04, January 5, 2010 (UTC)

Fair enough. And I'm glad you found the Ron Moore quote. I was watching this episode tonight and thought that it really doesn't deserve the reputation it has in some quarters. It's like a Joseph Campbell lecture come to life. —Josiah Rowe 04:25, January 5, 2010 (UTC)

Yeah, there's quite a few times where I think episodes are over or underrated in the comments of production staff, but they're still valid notes. In this case, I'm glad there was a differing opinion; it's good if the comments inspire debate about the episode rather than dictate. ;-)– Cleanse ( talk | contribs ) 05:20, January 5, 2010 (UTC)

FYI, we've chosen (stylistically) to use shorter dashes than the full mdash that you have added to some articles. Our preference here on MA is the ndash, and it's often best to actually use the HTML code to create it, so that we can ensure that everything is the same size. Thanks. -- sulfur 11:22, July 4, 2010 (UTC)

Thanks for letting me know. I'll use ndashes from now on, and I'll try to remember to type it in with the code. I hope that it's still OK to change hyphens to dashes where it's appropriate, though. I don't see anything about punctuation and the like in the Manual of Style; is it written down somewhere else? Should there be something on the MOS page? —Josiah Rowe 18:10, July 4, 2010 (UTC)

Technically, if it's used to separate a clause or phrase — like this — it's not a hyphen at all, it's a dash. Hyphens connect words, dashes connect clauses. The usual typesetting convention is to use an ndash for a range or linked concepts (as in "The Smoot–Hawley Tariff Act, 1930–1944"), but to use an mdash to separate clauses or phrases, like I did in the first sentence of this paragraph. But it's not set in stone — it's fine if local convention is to use ndashes throughout. Is there a preference for using spaced dashes – like this – or unspaced dashes–like this–when using dashes to set aside a phrase or clause? —Josiah Rowe 05:22, July 5, 2010 (UTC)

Spaced dashes. Except when splitting words or dates. Those are generally just hyphens (since it confuses people too much most of the time trying to get things right). We went for simplicity, even if typesetting decrees otherwise. :) -- sulfur 10:07, July 5, 2010 (UTC)

I'm not sure what you mean by that, but if I see hyphens being used in date ranges from now on I'll leave them alone. But if I enter a date range myself, I'm probably going to use the typographically correct ndash. :) —Josiah Rowe 01:25, July 6, 2010 (UTC)

Generally, we don't use the <ref> and <references/> tags, as all references should be inline. The only exception I know of for this is within tables, where the reference would require a bg note. - Archduk3 19:40, July 8, 2010 (UTC)

Ah. Thanks for letting me know. So if, for example, I wanted to add a note to Robert Foxworth's entry in the table noting the similarities between his DS9 and B5 characters, and the fact that his B5 character was killed off off-screen because he took the DS9 job when he had been previously booked for B5, it would be OK to use the <ref> tags there? —Josiah Rowe 19:43, July 8, 2010 (UTC)

Yes. As long as the references section was right after the table(s). I'm not really sure if the policy actually allows for that, or if it's just something that's in use anyways, but a number of pages use it. - Archduk3 19:48, July 8, 2010 (UTC)

I accidentally hit the rollback link when looking at your changes to The Wizard of Oz. Sorry about that. I'm doubly sorry if you were still working on the page and you get an edit conflict. :( --From Andoria with Love 02:43, September 7, 2010 (UTC)

This is quite belated, but thanks for the heads-up regarding 'prevailing wisdom' and the word 'human' around these parts.

I can't say I agree with it, either, but I'll follow it from hereon out.–– The preceding unsigned comment was added by Jeff O'Connor (talk • contribs).

Way back in July you asked a formatting question on the Doctor Who talk page. No one seems to have responded until now, so I've passed along my 2 cents on the issue. Cheers! 23skidoo 03:50, October 17, 2010 (UTC)

Also, the spoiler rule kind of applies to the edit summary as well (because those who wish to avoid spoilers cannot avoid them when they show up in the recent change/edit summaries), so could you perhaps censor your summaries a tad? Thanks. --Alan (talk) 18:45, January 10, 2020 (UTC)

Compared to the previous version, the 2390s uniform did not have a black stripe running over the division color...

Yes, I was referring to the 2380s uniform seen in the flashbacks, as that is the previous version. But you’re probably right that a link might help avoid confusion. —Josiah Rowe (talk) 23:56, June 26, 2020 (UTC)

I think it could have been any time between 2348 (when Jack Crusher recorded the message Wesley saw in "Family") and 2353 (when Picard brought Jack Crusher’s body to Beverly, as seen in "Violations"). I don’t think we have any evidence to pin it down any more precisely than that. —Josiah Rowe (talk) 00:06, September 26, 2020 (UTC)

Retrieved from "https://memory-alpha.fandom.com/wiki/User_talk:Josiah_Rowe?oldid=2608450"
Community content is available under CC-BY-NC unless otherwise noted.