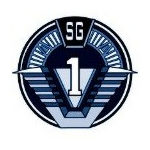 Wow, thanks for your support! I'd be honoured to think that one of my ideas has been sucessfully used elsewhere. Go right ahead! zsingaya 19:24, 5 Jul 2005 (UTC)

Hi, thank you. But as you can probably tell from my more informative posts (almost reaching 2 sentences!) I am actually not able to speak Dutch, though I'd like to. I've been making "Frankenstein" posts, taking parts of already existing ones, trying to translate them to use on others. (Ie: nl:Viridian systeem for nl:Tehara systeem)

As you've probably noticed, it's produced a couple misspellings (example, nl:Afbeelding:TalKir Future Tense.jpg) I apologize for those. Last night I was working on the English version, and accidentally clicked the Dutch version link. I saw that it was basically nothing but a template, so I decided to add proper names that don't have to translate, (I assume "als" is roughly appropriate for "played by"? Also used "nl:The Andorian Incident")

Hi, I have the same problem, on every article I read "AACK! Sharedproblemreport/de and problemreport/de". Obviously it depends on your home wiki. I already notified Angela but haven't got a reply yet. -- Kobi - (Talk) 12:43, 19 Jul 2005 (UTC)

As the introduction of the list says: "This list of performers has all actors and actresses who appeared in, or gave voice to, roles in TNG: Season 1." The characters she played are not from TNG Season 1, therefore placing them on TNG Season 1 performers is inaccurate. They would go on TNG Season 5 performers and TNG Season 6 performers. --Alan del Beccio 19:12, 8 February 2006 (UTC)

Retrieved from "https://memory-alpha.fandom.com/wiki/User_talk:Patricia?oldid=280518"
Community content is available under CC-BY-NC unless otherwise noted.