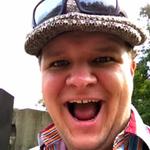 Hi. I just saw you recently added the "incomplete" message to two articles, Noah Lessing and Delta Flyer II. Could you please add a comment on the talk pages explaining what exactly you think needs to be added (as requested on Memory Alpha:Pages needing attention). Another small note: these messages should be added to the bottom of the article. Thanks. -- Cid Highwind 11:18, 2005 Feb 7 (CET)

On those two articles, all I was doing was substituting the {{stub}} for a {{pna-incomplete}}. Reading the help pages gave me the impression that the {{stub}} message was inappropriate in instances other than entries with no more than one or two lines of text. While those entries had more content than that, whoever added the {{stub}} felt that the entries were nonetheless incomplete; I was just replacing the {{stub}} message with one that is now more applicable. I didn't feel the articles were incomplete, just that that message was more applicable than the other. If I am to do so again, I will annotate on the talk pages why I'm doing so (i.e. substituting one message for the other, as someone else felt the article warranted it).

As for adding them below the articles: I had done so before on other articles, but had part of the floating message be cut off by floating images. I found that adding them ot the top preempted the content -- preventing that problem. But I certainly have no personal caveots as to doing it otherwise.

I noticed that you changed the link to the map of modern San Francisco in Harris (Section 31) from Mapquest to Google Maps. I don't mind at all, but I was curious as to why you made the change. Just wondering, y'know? --Josiah Rowe 03:54, 2 Mar 2005 (GMT)

Hey sure! I've been fiddling with Google Maps for a while now and I just really like how it illustrates the length of something as opposed to Mapquest or Yahoo! Maps; and secondly because most people don't know of the Google Maps function, so when I have the opportunity to, I like to trot it out and show it around. I was hoping whoever had added the original link wouldn't take personal affront to my changing it, and of course if you really just don't like it, please feel more than free to change it back -- I won't take it personally. || THOR 05:39, 2 Mar 2005 (GMT)

If you want to add your own Collins pic, please call it something like "Collins"! I'm using the pic I added for the summary of "Affliction" - more of her face is shown (in your pic, more of her face is in shadow, and it's also slightly more blurred)! --Defiant | Talk 03:49, 8 Mar 2005 (GMT)

Sorry for the delay in response -- I didn't get a new messgaes message.
My primary goal in changing the image was to get an unobstructed view -- albeit it came at the expense of a forward facing one. I was reluctant to make the change in the first place, but I figured that the worse that would happen would be that people wouldn't like it and change it back. I don't take it personally, but appreciate your saying something about it as opposed to changing it back arbitrarily. -- THOR 17:17, 9 Mar 2005 (GMT)

I've made a few clarifications about episode references to Memory Alpha:Cite your sources -- since your work influenced some of the discussion, I hope you like what you see. -- Captain Mike K. Barteltalk 18:49, 26 Apr 2005 (UTC)

That looks fantabulous; I really appreciate both having a difinitive reference available, as well as your letting me know about it. That's awesome, thanks a lot Captain Mike. — THOR 20:45, 26 Apr 2005 (UTC)

Thanks for your kind words!

Based on the fact that you changed the image at a Ktaris I am going to guess you have a preference. Please cast a vote at Memory Alpha:Images for deletion as this topic is being discussed. Jaf 12:05, 2 Jul 2005 (UTC)Jaf

Hi. In the Starling article, I moved a couple of the images so that there wouldn't be so many gaps. Its better now, but theres a big gap between the Nixon info and the rest. Tough Little Ship 22:34, 16 Aug 2005 (UTC)

That is strange. I couldn't see it at all, and since I couldn't figure out what you were seeing, I brought up the page in Internet Explorer and could see the glitch. That's really odd, as I don't know what would be causing that, the page parses properly in both Firefox and Safari. I'll drop a line in 10F and see if anybody has any ideas. Thanks! — THOR 23:05, 16 Aug 2005 (UTC)

Hi, I noticed you put a message on this page's talk page. I thought you'd like to know I've updated this page slightly, but it still needs some work. Perhaps you have some more information to add? Zsingaya | Talk 16:56, 12 Sep 2005 (UTC)

Nothing so fancy, I'm afraid. I was eavesdropping on a conversation between Memory and T smitts about keeping his username tag red. "Memory" posted a bunch of HTML stuff you can add before the four ~ signs, so I copied it, and edited it with information from an HTML colour code site I found on google. My userpage has a small scratchpad at the bottom of it, which shows you how to do it, and I've also listed the colours that I thought might be the most useful. I wish there was some way to do it other than copying and pasting it everytime, however. Do you know any way? Zsingaya | Talk 18:59, 12 Sep 2005 (UTC)

Okay, I've been playing with it for a while. The first way I tried was creating a sub-userpage (User:pd_THOR/sig) and inserted the text I wanted for my signature in there. Then, instead of signing my posts with tildes, I would type {{subst:User:pd_THOR/sig}}. That would then copy the text from that sub-page into the location you were signing. I had two problems with that solution as

Then I tried going into my preferences, and I checked Raw Signatures (without automatic link), and in the block next to Your nickname (for signatures): I inserted the custom code I'd made for the signature:

So far as I know how the wikis work, no. The code that drives how our names look on the recent changes page is extrapolated from the wiki itself and not from any of our personal preferences. Keeps it neat and tidy, I suppose. — THOR =/\= 13:31, 13 Sep 2005 (UTC)

Hello. I don't know if you're familiar with Uncyclopedia. It's like a funny-type wiki. One of the things we do there is make up fake anniversaries every once in a while, and we decided to do an ode to Memory Alpha today with a spoof of your site design (you guys were the biggest Wikicity when this "anniversary" was planned). The "Cease and Desist" thing was just to get people's attention so they could see the joke. I'm not a troll or anything. :) Would it be possible to leave the notice up for the day? --Rcmurphy 06:19, 22 Nov 2005 (UTC)

Sorry to assume 'bad faith' on your contribution; we just see our fair share of vandals here, and your notice just struck me as being a little too over the top to be legit. No offence intended, and I thank you for not taking any. I'll look into the Uncyclopedia at some point, and maybe even contribute; but since you're here already: Welcome! — THOR =/\= 16:19, 22 Nov 2005 (UTC)

Re your uninformedness, there's nothing to be informed about really, it's just a redirect that's meant to make things easier so you don't have to type the long form in on an edit summary, in a message, in the search bar, etc... But for some reason, certain people find it objectionable. :-P I would think the burden of proof would be on them to justify why we delete it, but they want me to justify its existence, hence my rant. As for monobook.js, Memory's userpage has some info about it, basically it's a way to have pre-set messages for edit summaries (you might find it useful). Weyoun 08:39, 17 Dec 2005 (UTC)

Just so you know, there are now shortcuts by which you can type in MA:CYS and go there without a piped link. :) If there's any page you want to quickly access/link to in a similar fashion, just add a link on that page and create the redirect, as that was the mandate we were given. --Broik 19:42, 29 Dec 2005 (UTC)

I hadn't been keeping up with those developments, but I vaguely knew something along those lines was going on. Thanks for the heads-up. ...but, if you brought this to my attention because I used + episode reference conformation per MA:CYS on one of my edit summaries, I'll still pipe this link because the shortcuts don't work with # links which is what I'm using here. But its still good to know just for my own purposes, and thanks! — THOR =/\= 19:49, 29 Dec 2005 (UTC)

Also, the image "ECHinengineering" which you have linked on your page has been moved to File:ECH.jpg. However, the picture itself has been replaced with a view of the ECH on Voyager's bridge. Since that image is no longer the one you contributed, I have not changed the link, nor have I removed the link because, well, it's your user page, lol! So, yeah, that's the lowdown; sorry for the inconvenience, mate. --From Andoria with Love 06:58, 10 October 2006 (UTC)

Hi, Dreadnought isn't an official vessel name, it's a nickname so I undid your italicization. If you want to discuss it more, why not do it in the actual article, NOT in the AotW template. It's already a Featured Article, so the quality is already there. Let's not play out any potential dispute on the homepage. Thanks 198.49.180.40 19:12, 27 August 2007 (UTC)

Yikes!? I thought the given name for a space-faring vessel should be italicized, please don't go assuming I wanted to instigate some dispute over formatting conventions. Of note though: in the article itself, Cardassian ATR-4107, "Dreadnought" is italicized. While granted, I did make that change myself, I did so on 2007-02-08 with nobody making any corrections or revisions since that time. On what basis, convention, or policy/guideline then do you remove the italicizations? — THOR =/\= 09:06, 29 August 2007 (UTC)

I agree, official/given names should be italicized. Dreadnought is just a nickname. That's why the article is not at Dreadnought (vessel), it's at Cardassian ATR-4107. Anyway, like I said, you made changes to the AotW that aren't in the original article, so why not start there? Otherwise your hard work will disappear forever next week. Now: I didn't mean you wanted to stir $#!^ up by making that change, however you can understand why I imagined there might not be agreement in this matter on the part of the one who had his edits reverted. What I meant to convey was that the original article would be a better place than the homepage-visible AotW to hash it out. 198.49.180.40 05:06, 30 August 2007 (UTC)

The image you removed from mobile emitter is now an orphan. When you remove images you should either put them somewhere else or put them up for deletion, Thanks. — Morder (talk) 08:34, December 6, 2009 (UTC)

Retrieved from "https://memory-alpha.fandom.com/wiki/User_talk:Pd_THOR?oldid=1136281"
Community content is available under CC-BY-NC unless otherwise noted.