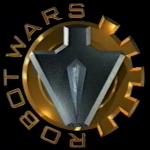 Welcome to Memory Alpha, StalwartUK! I've noticed that you've already made some contributions to our database – thank you! We all hope that you'll enjoy our activities here and decide to join our community.

If you'd like to learn more about working with the nuts and bolts of Memory Alpha, I have a few links that you might want to check out:

One other suggestion: if you're going to make comments on talk pages or make other sorts of comments, please be sure to sign them with four tildes (~~~~) to paste in your user name and the date/time of the comment.

If you have any questions, please feel free to post them in our Ten Forward community page. Thanks, and once again, welcome to Memory Alpha!--Alan del Beccio 00:23, 24 January 2007 (UTC)

Greetings! I noticed your DVD collection image, nice picture! If you are able to acquire DS9 Season 7 and the Voyager collection, we could put an image of the collection on our main DVD page. :) - Adm. Enzo Aquarius...I'm listening 23:20, 12 May 2007 (UTC)

Thanks for the suggestion. I was thinking about doing something like that, just wasn't sure what others would think. Besides, it may be best to wait when I have Voyager, Enterprise and the SE's so that it looks more complete. Hopefully I'll also have DS9 Season 7 soon, I have it on order, but it hasn't been easy getting it ever since those slimpack versions came out. -StalwartUK 07:12, 14 May 2007 (UTC)

Please note that month links (such as January) are in-universe links, and as such, should never be linked from realworld pages. The links on the Betamax page should link to the actual month of release. One method would be to do things as October, but it should never be simply October. -- sulfur (talk) 10:54, April 3, 2013 (UTC)

If that's the case then all the other video pages need to be changed too. I was just putting it down the way the LaserDisc/DVD/Blu-ray pages have been done. StalwartUK 18:16, April 3, 2013 (UTC)

I just wanted to take a moment to say the work you've been doing with the home video releases has been awesome. You're making the rest of us look bad, since it never even occurred to me to put a region 4 call in the video sidebar, so keep up the good work and all that jazz. :) - Archduk3 21:40, June 17, 2013 (UTC)

When adding these templates, can you use the latter, as we're (slowly) phasing out the former. The intent is to simplify and use only a single style of template for these calls. Thanks! -- sulfur (talk) 16:21, August 23, 2013 (UTC)

With regard to that new cover and entry for Star Trek VI: The Undiscovered Country, I'm fairly confident that is the rental edition, rather than an earlier retail release. This video suggests it is, and I have a very strong recollection of seeing that poster for the first time when I got TUC from my local rental store. The timeframe from theatrical release is too short, in my mind, for a retail copy at that time. I think the VHB prefix is an indicator as well (although I cannot verify that). That may suggest that the first entry for Star Trek IV: The Voyage Home may be a rental, as well, which would reconcile the problem of the two apparently identical entries there. -- Michael Warren | Talk 16:01, February 10, 2014 (UTC)

Yeah it seems like those releases are rental ones. It would explain their rarity. Thanks for pointing me to that video (not often I get to see the cassette). I've spotted other covers before (such as ones for Generations and First Contact) with "VHB" codes though that prefix is the only difference from the usual retail ones (same cover art and all). I'll update the page accordingly.
Those old TNG releases with different cover art I keep seeing must be rental releases as well as they too have "VHB" codes. For example here is Encounter at Farpoint. I've seen TAS releases from the 80s as well which were apparently for rental too though their codes appear to start with "VHR". StalwartUK 20:51, February 10, 2014 (UTC)

Unlike some other countries (such as the UK) there is no legally mandated rating system for DVDs or Blu-rays in the US. Systems such as the MPAA's are voluntary and are not backed up by the law. --StalwartUK 17:18, September 5, 2014 (UTC)

FYI, wasn't an exclusive on Crave.

Retrieved from "https://memory-alpha.fandom.com/wiki/User_talk:StalwartUK?oldid=2568903"
Community content is available under CC-BY-NC unless otherwise noted.