William Morgan Sheppard (24 August 1932 – 7 January 2019; age 86), sometimes credited as W. Morgan Sheppard, was a British actor who played four characters throughout the Star Trek franchise. His last Star Trek appearance was as the head minister of the Vulcan Science Council in Star Trek. [1] [2] He did not receive screen credit for his work on the latter. A picture of him was used for card #74, Vulcan Minister Orsak, of the 2013 virtual collectible card battle game Star Trek: Rivals.

Born in London, England, and educated in Ireland, Sheppard graduated from London's Royal Academy of Dramatic Art in 1958. He then spent twelve years as Associate Artist with the Royal Shakespeare Company. He is the father of fellow Star Trek: Voyager guest actor Mark A. Sheppard, born in 1964. The two co-starred together in a number of productions, most notably Doctor Who and NCIS; in both cases, they played the same character at different ages.

Later TV credits have included guest spots on Charmed (with Richard Lynch), Gilmore Girls (with Gregg Henry), and Criminal Minds (with Jennifer Hetrick). In addition, he appeared in an episode of Alias, the popular spy series created by J.J. Abrams, the director and producer of 2009's Star Trek. In 2009, Sheppard played war criminal Marcin Jerek, also known as Mr. Pain, on NCIS in "Broken Bird". Jerek was seen as a rival of Dr. Donald "Ducky" Mallard. In scenes depicting Jerek's past, Sheppard's son Mark was hired to play his father's character as a younger man.

In 2011, Sheppard appeared in Doctor Who, alongside his son who played a younger version of the same character. This places W. Morgan Sheppard and Mark Sheppard among the small number of actors who have appeared in both the Star Trek and Doctor Who franchises. 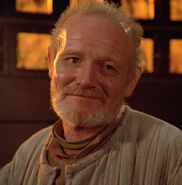 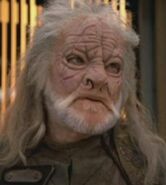 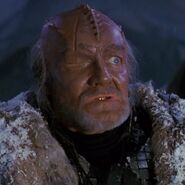 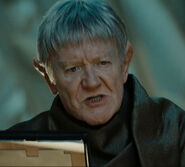 Retrieved from "https://memory-alpha.fandom.com/wiki/W._Morgan_Sheppard?oldid=2551514"
Community content is available under CC-BY-NC unless otherwise noted.