Lt. Hadley (Recurring character; see additional appearances)
William "Bill(y)" Blackburn (born 14 March 1929; age 92) was an uncredited background performer on Star Trek: The Original Series for all of the show's three seasons, excepting the two pilot episodes. In that time, he played a wide variety of roles, usually as a navigator or a helmsman, all believed to be a character named Hadley. In total, he appeared in 61 episodes of the series. In addition, archive footage containing his appearance in the original series episode "The Trouble with Tribbles" was used in the Star Trek: Deep Space Nine fifth season episode "Trials and Tribble-ations".

Blackburn acquired his job on Star Trek through assistant director Leonard "Tiger" Shapiro, whom he had worked with on the television series My Favorite Martian, where he was a stand-in for Ray Walston (later a guest actor on Star Trek: The Next Generation and Star Trek: Voyager). Blackburn reportedly saved Shapiro's job on Martian so, to return the favor, Shapiro got him an assignment on Star Trek. As Blackburn recalled, he was told to sit at the conn and to not speak. Originally recruited as DeForest Kelley's stand-in, Blackburn popped up in many small roles. He was the White Rabbit in "Shore Leave", an Organian villager in "Errand of Mercy", the robot constructed by Henoch in "Return to Tomorrow", one of Harry Mudd's androids in "I, Mudd", a native of Gamma Trianguli VI in "The Apple", and a NASA technician in "Assignment: Earth". He also was the subject of various make-up tests (including the make-up for Frank Gorshin and Jay Robinson and the Tellarite make-up for "Journey to Babel") and provided voice overs on the show – including the White Rabbit – although his own character of Hadley never spoke on-screen. Blackburn told, that maybe he spoke a few lines as Hadley, but they were cut from the eventual episodes. [1] Blackburn also often provided the off-screen voices during the actual filming (such as the voice of Trelane's father in "The Squire of Gothos"), which would be dubbed-in during post-production by other performers. It was originally the job of script supervisor, George A. Rutter, but Rutter insisted on Blackburn doing it instead. [2]

After the Original Series was canceled, Blackburn became a costumer. It was Star Trek costume designer William Ware Theiss who convinced him to seek this job. [3]

During his time on the set of Star Trek, Blackburn shot some Super 8 home movies of the various behind-the-scenes goings-on of various cast and crew members. He filmed over an hour of footage, which he has kept for the most part in a safe-deposit box since the series ended in 1969. Blackburn has always preferred not to capitalize on his Star Trek connection, having shunned the Star Trek convention circuit after he had left the franchise. [4] However, in later years, he was interviewed on a segment of the British television program After They Were Famous, which also featured highlights from his silent Super-8 home movies that he had taken on the set. Subsequently, in July 2007, he made his first convention appearance, at Comic-Con International in San Diego. There, it was announced that he had contracted with CBS Studios Inc. and Paramount Home Entertainment to release several minutes of his home movie footage on the upcoming HD DVD release of the original series' remastered first-season episodes that fall. The feature, "Billy Blackburn's Treasure Chest: Rare Home Movies and Special Memories" was continued with the release of season 2 and season 3. Blackburn himself was newly interviewed for these specials, appearing in the second part, whereas he himself provided the accompanying audio commentary for all three parts, as his footage was originally shot without sound.

A former professional ice skater, Blackburn was, prior to his work on Star Trek, an uncredited extra on films such as Spartacus and Snow White and the Three Stooges, before moving on to the television series My Favorite Martian, where he met Leonard Shapiro. He can also be seen in the first minute of The Man from U.N.C.L.E. episode The Her Master's Voice Affair as an airline passenger.

As his first job after the Original Series in his new occupation as costumer, he worked with Theiss on MGM's 1976 film Bound for Glory (starring Ronny Cox). He later served as costumer on projects such as the 1978 NBC mini-series The Awakening Land (featuring Bert Remsen). He shared an Emmy Award nomination as a costumer on the 1980 TV movie The Diary of Anne Frank (featuring Clive Revill) and worked with Star Trek star William Shatner as a costume supervisor on Shatner's series T.J. Hooker (co-starring James Darren and Richard Herd). According to Blackburn, Shatner greeted Blackburn on the set (referring to him as "Billy"), but could not understand why he was in costuming and not acting.

Blackburn went on to serve as key costumer for the television series Night Court (starring John Larroquette). In 1990, he co-wrote, directed, and appeared in a film called Challenge the Wind, about a conflicted young boy who yearns to be a track star. 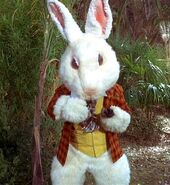 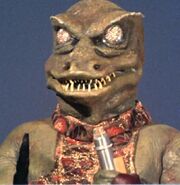