William Shatner Presents: Chaos on the Bridge is a 2014 documentary, running for 59 minutes, written, directed, co-produced and hosted by former Captain James T. Kirk actor William Shatner about the conception and creation of Star Trek: The Next Generation.

It was first aired in Canada on the HBO channel on 25 August 2014, [1] and subsequently released as the digital rental "Video-on-Demand" (VoD) format as well as the retail digital download format on Vimeo on 1 July 2015. [2] In this format Prime Video has followed suit on 1 September 2015, as did Netflix in its worldwide rollout in the autumn of 2015, though it was removed from its library three years later. [3]

Three months after its digital release by Vimeo, the documentary was released to the general public in a physical home video format as a DVD, with "Vision Films" listed as producing studio.

The documentary explores the difficult rebirth of the Star Trek television franchise and the intense battles for creative control during the series' first two and a half seasons, through interviews with the production staffers directly involved. These staffers range from studio executives, through producers and writers, to primary cast members. Particular attention is given to how an ailing Executive Producer Gene Roddenberry struggled to retain creative control of the new series he had created (and to protecting his vision of Star Trek in general), only to have it effectively wrested from him, due to bad health, by producers Rick Berman and Michael Piller by the end of the second season, and altogether by the end of the third season. Attention is also given to the dubious role Roddenberry's attorney, Leonard Maizlish, played during season one of the new series. Intensely loathed (particularly by writers David Gerrold and D.C. Fontana), Maizlish was universally held responsible for the departure of all Original Series production staffers Roddenberry had brought in to work on the new series by the end of the first season.

The infighting among the writing staff during the second season, aggravated by the 1988 Writers Guild of America strike, is also explored in detail, in which Writer/Producer Maurice Hurley played a pivotal role, not entirely perceived as beneficial by some of his then-colleagues. The resulting contentious relationships caused Hurley to refrain from making any public statement on his Star Trek involvement after he had left The Next Generation at the conclusion of the second season until 2014, when he agreed to be interviewed by Shatner for his documentary, relating his side of the events.

Blurb
William Shatner, writer and director, takes on a journey of discovery into the creation of a television series. He speaks to virtually every major player, both in front of and behind the camera, who was involved with the production of The Next Generation. Traveling in both Canada and the United States, Shatner takes viewers to the back lot of Paramount Studios, a mission control room at NASA, the theatre stage and the largest Star Trek convention in the world to reveal the never-before-told story of Chaos on the Bridge. 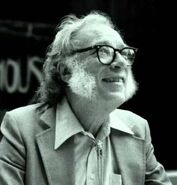 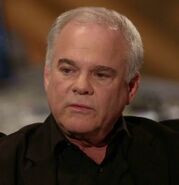 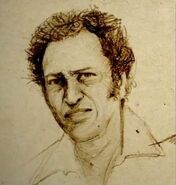 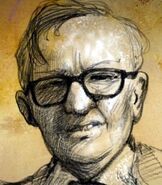 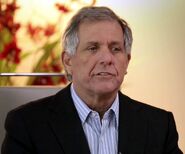